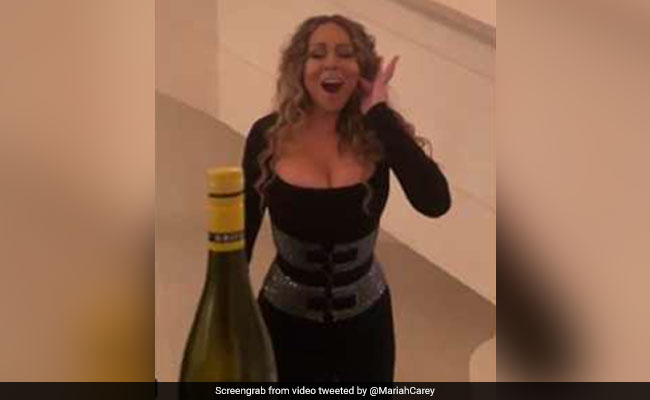 Mariah Carey added her own twist to the Bottle Cap Challenge.

The general consensus online seems to be that Mariah Carey has won the viral Bottle Cap Challenge, and everyone else can go home. The American singer, famous for her impressive vocal range, has left people stunned with her latest video, which shows her magically removing a cap from a bottle - using just her voice. Of course, some clever editing also went into making the video, but that doesn't make it any less amazing.

The video is Mariah's own take on the #BottleCapChallenge that has gone viral among celebrities. The challenge requires its participants to unscrew a cap off a bottle using a roundhouse kick. For Mariah though, no kick was required. The video shows her hitting some very, very high notes that seemingly send the bottle cap flying.

Most people believe that video editing was actually responsible for the cap flying off, rather than Mariah Carey's voice.

The video has collected over 16 million views since being shared online on Sunday - and still very much counting. Amazed reactions to it have been curated into their own Twitter Moment.

Here is how people reacted to Mariah Carey's #BottleCapChallenge:

She wins. She Always wins. https://t.co/JWfwMoFIS5

The #BottleCapChallenge was started by taekwondo instructor and fighter Farabi Davletchin on Instagram. It was picked up by current UFC Featherweight champion Max Holloway, and has since been tried by celebrities like Jason Statham, John Mayer, Akshay Kumar and Tiger Shroff.

What do you think of Mariah Carey's video? Let us know using the comments section.