A video now has been doing the rounds on social media, which claims to show "bloopers" from the astronauts' walk on the moon. 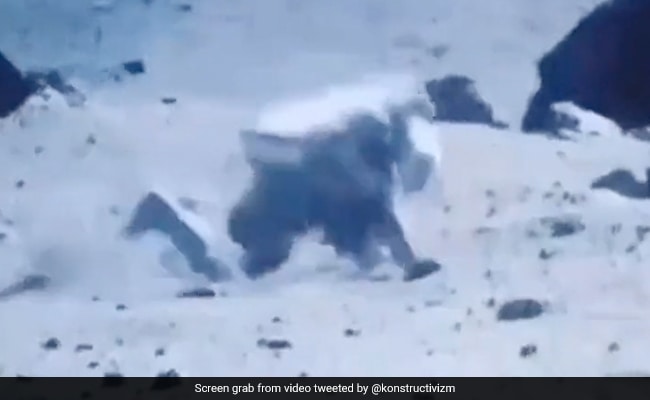 The video has received over 350,000 views on Twitter since it was posted

The last moon landing took place all the way back in 1972. Part of the Apollo 17 mission, astronauts brought back a lot of samples, and also explored a lot of the lunar surface. A video now has been doing the rounds on social media, which claims to show “bloopers” from the astronauts' walk on the moon.

Bloopers from NASA showing astronauts losing their footing while walking on the moon. pic.twitter.com/4craeD80O3

The video has received over 350,000 views on Twitter since it was posted with many social media users being incredibly witty in their responses. One user wrote, “This is what happens when you don't know how to do the moonwalk” in a reference to late singer Michael Jackson's iconic dance step. Another user wrote, “Don't rip, don't rip, don't rip...” referring to the space suits of the astronauts.

Earlier this week another video from space went viral, courtesy of industrialist Anand Mahindra. It showed an astronaut floating in space while working on the International Space Station (ISS) as it orbits the Earth.

Mr Mahindra wrote, “Just mesmerising to watch. Literally like an out-of-this-world ballet. I want to start my week believing my work is going to be as critical-and as fascinating-as this astronaut's work is #MondayMotivation.”

The video was captured "during a spacewalk on July 21st, 2020 to replace Nickel-Hydrogen batteries located on the outside of the ISS with newer Lithium-Ion batteries," according to Wonder of Science.