A man from China is making waves on the Internet. Reason? His resemblance with billionaire Elon Musk. 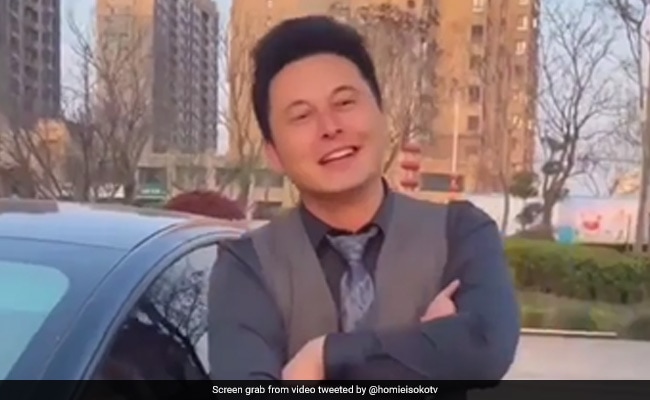 A man from China is making waves on the Internet. Reason? His resemblance with billionaire Elon Musk. The Tesla CEO's "doppelganger" - as internet calls him - has left many social media users surprised.

The video is old, originally posted by a user named Udubria Isaac on Instagram on June 1. But it is going viral now and has amassed more than 16 million views. The caption of the post reads, "Chinese Elon Musk."

The video begins with the Chinese man coming out of a Tesla car smiling and saying, "Hi everyone, I'm Elon Musk." Users identified him as Yilong Ma.

Since being shared, the video has accumulated more than one million likes on Instagram. Users have flooded the comment section of the post with surprising remarks. They couldn't believe how much the Chinese man's face resembled like Elon Musk.

"Lmao after he said Elon musk, he doesn't know what else to say. This version supposed to come from mars not China," wrote a user.

Another user called it fake and informed others he said, "Mr Musk himself wanted to meet him but he didn't accept, many journalists invited him for interviews and he also rejected them. He even got punished by the Chinese government for some reasons that I ignore. I reckon it's linked to his usurpation of identity."

Recently, the European Space Agency (ESA) started preliminary technical discussions with Elon Musk's SpaceX that could lead to the temporary use of its launchers after the Ukraine conflict blocked Western access to Russia's Soyuz rockets, according to news agency Reuters.

Along with Japan and India, the private American rival to Europe's Arianespace has emerged as a leading candidate to fill a temporary gap, but final decisions depend on the still-undetermined timeline for Europe's delayed Ariane 6 rocket.