A video is going viral on social media where an old woman can be seen doing overhead presses with a barbell. 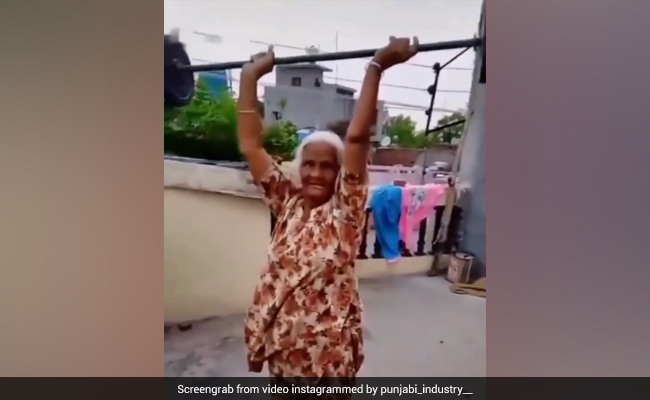 An 80-year old woman does an overhead barbell press

A video is going viral on social media where an old woman can be seen doing overhead presses with a barbell.

The video was shared by ‘Punjabi Industry' on Instagram on Friday.

In the video, a boy can be seen making a video of his grandmother who is lifting a barbell on the terrace.

The child seems to get surprised by his grandmother's ability to complete the fitness challenge that he had given her casually.

The woman's identity remains unknown, but she did so in answer to a challenge from her grandson.

One user can be seen saying, “Where did you get this video from? She is my grandmother.”

Videos of old people have been frequently shared on social media. A video of 90-year-old man bowling for the first time in his life with his granddaughter went viral a few days ago. He had a spinal cord injury in his twenties and received little guidance or therapy to help him recover. He persisted and built a decent life for himself."

The video was shared by ‘ptwithdrea' on Instagram. The video received over 7,000 views and over 491 likes so far.