"The pigs are being chased by little pigs, how funny is that," the officer jokes in the video 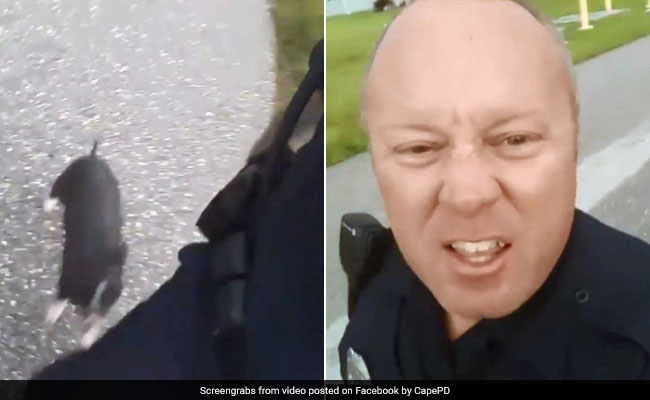 The pig was later identified as Willie.

It's not unusual to have cops chasing suspects, but one little pig in Florida turned the table around when it started chasing a cop. A police officer who responded to a complaint of an animal on the loose posted a video of the animal in question - a tiny pig - chasing him down a street. The incident took place on August 26 at around 4.30 pm when Officer Ray Schilke III from the Cape Coral Police Department responded to the complaint. The tiny pig, on spotting the cop, began to chase him enthusiastically.

"The pigs are being chased by little pigs, how funny is that," the officer jokes in the video.

Since being shared online on Tuesday, the video has collected over 26,000 views and dozens of comments.

"That officer deserves a raise! How awesome is that?!" writes one person in the comments section. "As ALWAYS CCPD performs at the highest level! thank you Officer Schilke!" says another. "You guys are the best I'm still laughing," a third writes.

According to the department, the pig was identified as Willie and reunited with its owner. "No charges were filed against Willie," joked the police department in their Facebook post.

This is not the first time that a tiny animal has created big problems. Just a few weeks ago, a man being chased relentlessly by a baby squirrel had to call the cops to save him.