Man Finds Jewellery Worth Rs 25 Lakh While Digging. Why He Can't Keep It 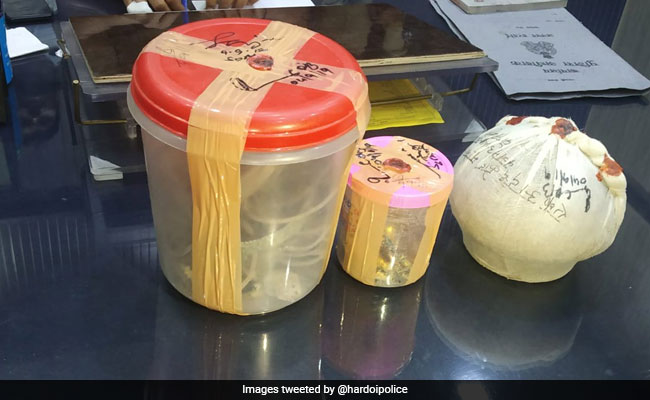 A man from Hardoi found valuables worth Rs 25 lakh.

A man digging the foundations for his home here on Thursday stumbled upon a treasure trove of jewellery worth Rs 25 lakh, but the police say he can't keep it.

The police seized the jewellery -- 650 gm of gold and 4.53 kg of silver ornaments - as it appeared to be over 100 years old and could be of archaeological significance, Hardoi Superintendent of Police Alok Priyadarshi said.

"It was seized as the person in whose possession it was found had no relevant papers," said Priyadarshi.

The police learn about the jewellery after information about the find spread in the village.

The man, who found the jewellery, first denied the incident but later admitted having unearthed it, they said.

Any jewellery or costly item dug out from earth is legally termed as "treasure" and is governed by the Indian Treasure Trove Act, 1878.

Under section 4 of the Act, the finder of a "treasure" is supposed to apprise the district revenue officer either on his own or on receiving a notice.

The finder is also required to deposit his find either with the district revenue officials or undertake to produce it before authorities when required.

As per section 11 of the Act, the finder of a treasure, however, still has a chance of owning it if authorities decide after an enquiry that it belongs to none else.