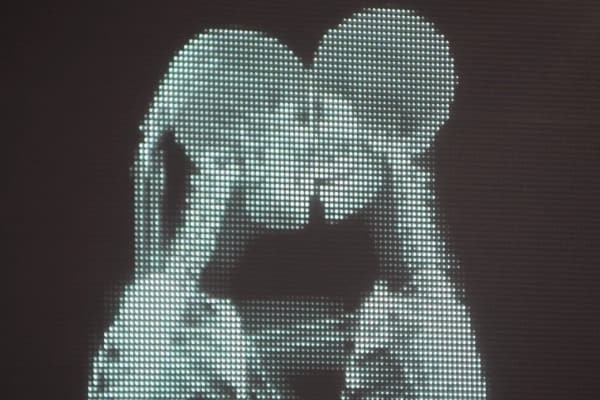 Watch this with a box of tissues handy because this beautiful short film about what it really means to love someone will bring tears to your eyes. Made by Ad Council and posted on their YouTube channel on March 3, this video, Diversity & Inclusion - Love Has No Labels, has over one million views and counting.

The setting is simple - an X-ray screen on a platform. A crowd collects on the beach the stage has been erected on. As the film begins, we see two figures hugging and kissing behind the screen, and since it's an X-ray screen, the figures are skeletons - as such, gender unknown. while a crowd collects on the beach where the a stage has been erected.

It's only a few seconds later when the skeletons emerge from behind the screen that the crowd sees they are two gorgeous women - and begins to cheer, realising what this is about. Love has no gender.

As the video progresses, we meet couples, friends and families from every race, of every gender - because love is diverse and has no labels. Love has no race, no religion, no age, no disability.

The powerful message in this film, told so simply, is that love does not exclude and does not discriminate. Love is just love.