Trending: Hilarious Video Shows What Women Say Vs What They Actually Mean 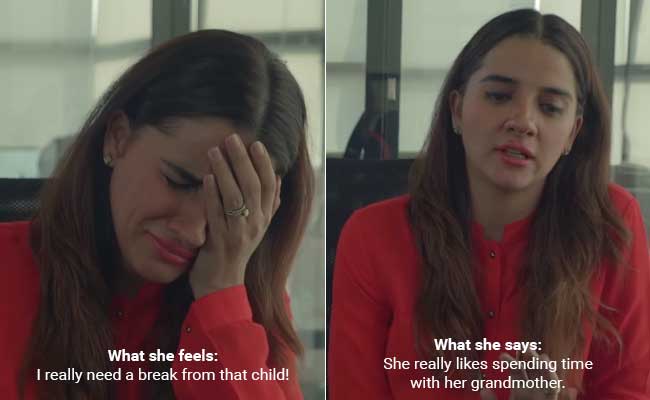 The video features actors Shruti Seth and Gul Panag among others.

Do you filter your thoughts and frame your opinions in a politically correct way, when what goes on in your mind is an entirely different thing all together? If yes, you will relate to this new video that highlights what women say in everyday conversation vs what they mean.

Shared by the FilterCopy YouTube channel, the video features actors Gul Panag and Shruti Seth, among others, and has been trending on the video-sharing site. On Facebook, the video has received over 3 lakh views, some 6,600 reactions and almost 2,000 shares.

In less than three minutes, the video shows several situations in which women don't speak their mind. For example, saying they have a headache when they really have menstrual cramps, silently smiling at a sexist joke instead of giving the person a piece of their mind, politely maneuvering around questions like 'when will you get married' instead of saying you don't want to or stop asking that question again and again, and many more.

Can you think of other situations when you can't say what you really want to? Tell us in the comments section below.

Watch: This Version of Gur Naal Ishq Mitha Will Make You Hit The Dance Floor