This Sweet Video, Shared By Will Smith, Is All About Sibling Love

"Nothing beats that sibling love," Will Smith captioned the video 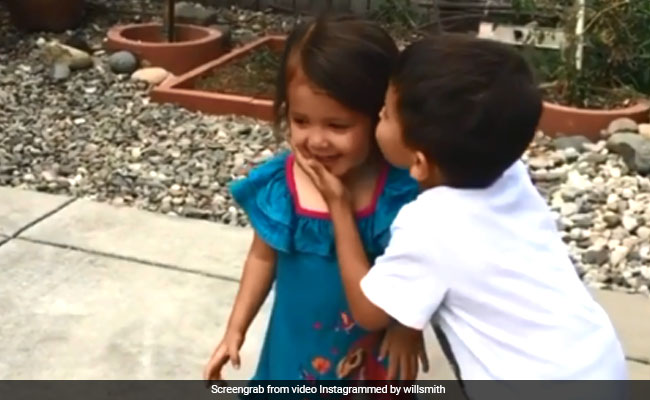 A big brother comforts his sister in this adorable video.

A sweet video that went viral last year has resurfaced on the Internet, thanks to Hollywood actor Will Smith's shout-out. A few hours ago, the 51-year-old took to Instagram to share the video, which shows a big brother comforting his sister when she fails to score during basketball.

The video was shared last year by Instagram user Sarahanne Mora of California, reports Daily Mail. It features her two children as they shoot hoops. When Ms Mora's daughter fails to score and gets upset, her big brother runs up to comfort her.

"It's OK, you're strong!" he tells her while hugging her. Then he lifts her up so she can score, and the video ends with the little girl smiling from ear to ear.

"Nothing beats that sibling love," wrote Will Smith while sharing the video, completing his caption with a smiley face. The Suicide Squad actor should know a thing about sibling love - he has three of his own.

The video, meanwhile, is just the dose of positivity you need to start the weekend with, so watch it below:

Nothing beats that sibling love :-) ???? @sarahanne_n_clan

Since being shared to Instagram by Will Smith, the video has been viewed over 4.5 million times - and counting.

"This is the cutest, sweetest video I have ever seen," wrote one person in the comments section. "Aww! This is so heartwarming," said another.

Will Smith's Instagram feed is peppered with thoughtful, viral and funny posts. In June, he had shared a video of a six-year-old girl whose dancing skills have impressed millions.