6-Year-Old's Dancing Amazes The World, Including Will Smith, Chris Evans

"When I start dancing I feel so happy," she says. 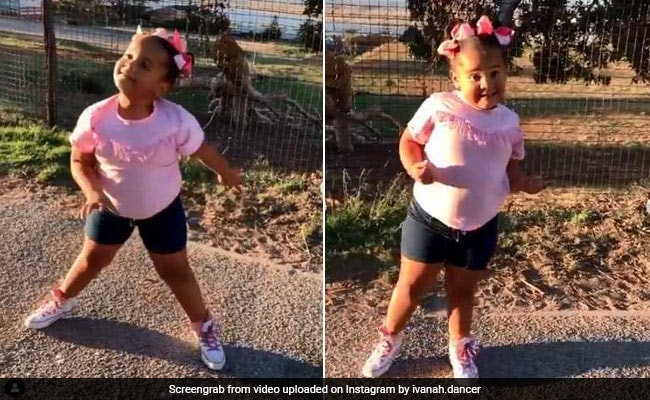 Ivanah's amazing performance has been viewed millions of times online.

A video of a six-year-old girl dancing has impressed people around the world. Ivanah Campbell from Port Elizabeth, South Africa, now counts eminent names such as Will Smith, Chris Evans and Lizzo among her many admirers.

Ivanah first came to the world's attention when American singer Lizzo shared a video of her energetic performance on Twitter. The video, which shows Ivanah dancing to Lizzo's hit song 'Juice', has garnered over 4.7 million views on the microblogging website.

"Rare footage of me as a child," wrote Lizzo while sharing the video.

Rare footage of me as a child 💃🏾 pic.twitter.com/ArnB5PVmc5

The video, and Ivanah's carefree, confident performance, caught the attention of Chris Evans aka Captain America. "This kid is cooler than I could ever hope to be," he wrote on Twitter, sharing the video.

This kid is cooler than I could ever hope to be. https://t.co/ZsDvdBxKts

And he wasn't the only Hollywood bigwig to be impressed by Ivanah. Men In Black star Will Smith also shared a video of Ivanah dancing on Instagram - and his video has collected 11 million views in just two days.

But even before Hollywood stars discovered and fell in love with her, Ivanah was a star in her own right. The six-year-old has thousands of followers on Instagram, where she shares snippets of her dance performances.

"I loved dancing. Whenever a song played I just started to move. I'd even copy the moves I saw on my favourite music videos," she tells Herald Live. "When I start dancing I feel so happy."

What do you think of her dancing? Let us know using the comments section.