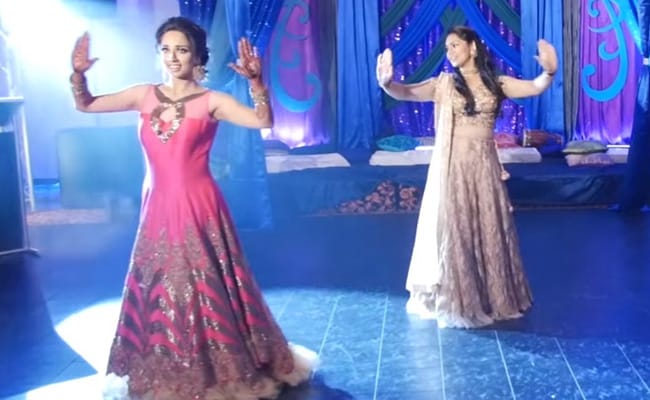 You won't be able to tear your eyes off these dancers.

Those of you looking for ideas for your next dance performance at an upcoming wedding, this video right here is where your search ends. A video, going steadily viral on social media, shows the most spectacular sangeet performance ever. It shows two women, one of whom is the bride, dancing to singer Neha Bhasin's version of Punjabi folk song Nai Jaana. The choreography and expressions of the dancers are so stunning, you won't be able to tear your eyes off them. Versions of the video have gone viral on YouTube, Facebook and Instagram.

The video was first posted on YouTube by the bride, Naina Batra, who is also a choreographer. "A short and sweet dance performance for my family at my Ladies Sangeet Party," she says on YouTube. She also explains that her cousin, dancing with her, plays the role of her mother in the performance. And as the song suggests, there are also special appearances by Ms Batra's devars and jeths (brothers-in-law) and also her husband Amit Kanwar.

We don't want to give too much away, except that you just have to watch the dancers in action.


Promoted
Listen to the latest songs, only on JioSaavn.com
"I just want to watch it again and again... I'm in love with your dance, Naina," says one commenter on YouTube. "Best dance performance," says another.