This Fan Theory About Harry Potter's Scar Has Netizens Shocked

It's been over two decades since the first Harry Potter book was released, but the magic lives on 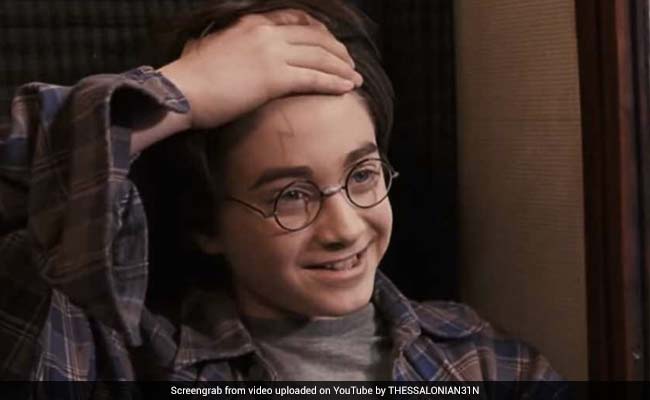 It's been over 20 years since the first Harry Potter book was released, but the magic lives on. Even today, Potterheads are finding new theories about the magical world, and one such theory, recently propounded by a Twitter user, has left netizens very surprised.

A Twitter account by the name Today Years Old recently made the claim that Harry's famous lighning bolt-shaped scar is not actually a lightning bolt, but linked to the killing curse that was used to murder his parents.

"Did you know Harry Potter's scar isn't a lightning bolt, but actually the hand motion to cast Avada Kedavra," they wrote, sharing a picture of the hand movement required to cast the killing curse.

Did you know Harry Potter's scar isn't a lightning bolt, but actually the hand motion to cast Avada Kedavra pic.twitter.com/B8ig9dLGFg

Since being shared online, the theory has been 'liked' over 2,000 times and has collected a ton of responses. While some have said that the theory makes sense, given that Avada Kedavra was used by Voldemort to kill Harry's parents, others have called it far-fetched.

This just blew my mind! I just took it that #Harrypotter's scare is a lightening bolt and not the wand motion to cast the Avada Kedavra curse! Going to have to watch the @HarryPotterFilm again ☺️ ????‍♂️ https://t.co/Np97uj1yuj

Damn. And I thought I was a Harry Potter fan https://t.co/dwuhezgrZp

A few called on J K Rowling, a regular Twitter user, to confirm or deny the theory

@jk_rowling can you confirm or deny for all the Potterheads wondering about it (myself included) ??

However, J K Rowling has yet to respond to the theory - but we have our eyes peeled. What do you think of this theory? Let us know using the comments section below.