"The buyer did not want to be named, but he was a durian lover." 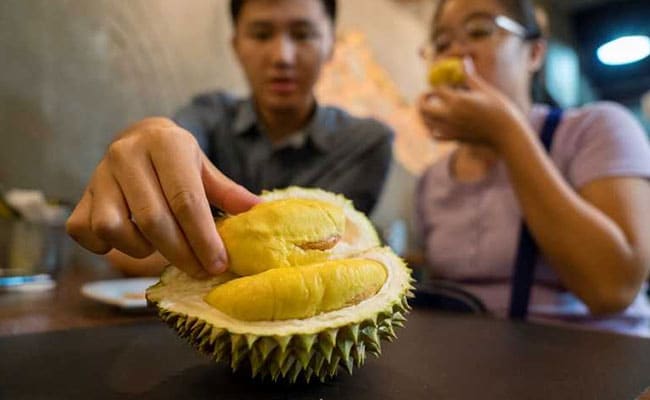 Two durian fruits have sold for nearly $1,000 each in Indonesia, an eye-watering price that lit up social media and prompted awestruck fans to take selfies with the pungent pair.

Fetching 14 million rupiah ($990) each, the spiky fruits were displayed in a clear case on red satin and surrounded by fake flowers at a supermarket in Tasikmalaya, a city in West Java province.

A post shared by Food Hunter Tasikmalaya (@foodhuntertasikmalaya) on Jan 25, 2019 at 9:01pm PST

The price tag was about eight times the local monthly minimum wage.

Known as the "king of fruits", durians are popular across Southeast Asia. Fans rave about their creamy texture but many detractors liken their intense aroma to sewage or sweaty socks.

Unlike the usual oblong variety, which sell for just a few dollars, the round "J-Queen" brand durians are reported to be extremely rare and possess the punchiest of aromas.

"The buyer did not want to be named, but he was a durian lover," supermarket manager Heriawan Teten told AFP Wednesday.

Not all internet users were impressed by the extravagant cost.

"The price is crazy -- I'd rather use the money to buy a motorbike," one Instagram user said.