Thai National Park Mails Rubbish Back To Tourists Who Litter

"Your trash - we'll send it back to you," wrote Thailand's Environment Minister. 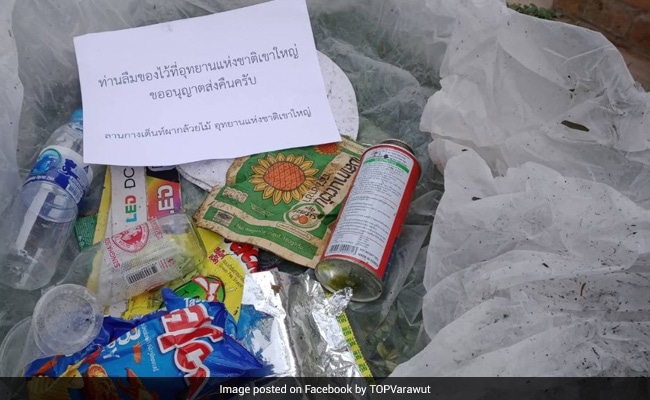 Khao Yai National Park will send litter back to the litterbugs.

A national park in Thailand, tired of tourists littering, has decided to send their rubbish back to them. The popular Khao Yai National Park near Bangkok is known for its diverse wildlife and lush forests. But tourists have been blamed for spoiling the natural landscape by leaving behind empty bottles, cans and food packaging, according to the Independent.

In a series of Facebook posts, Thailand's minister of natural resources and environment Varawut Silpa-archa has said that any rubbish left behind will be packed up and posted back to litterbugs. The offenders will also be registered with the police, reports the BBC.

To make it easier for authorities to track offenders down and ship them any rubbish they leave behind, visitors to the Khao Yai National Park will have to register their addresses.

Mr Silpa-archa also shared photos of rubbish collected in boxes and ready to be shipped, as warning. "Your trash - we'll send it back to you," he wrote, reminding people that littering is an offence punishable with up to five years in prison and fines. His pics show empty plastic bottles, cans and packets of chips along with a note that reads, "You forgot these things at Khao Yai National Park".

Khao Yai was established as Thailand's first national park in 1962 and covers an area of over 2,000 sq kilometres. It is famous for its waterfalls and wildlife, which includes bears, elephants, jackals and civets. Littering, authorities say, is dangerous for animals who may try to eat it.