Many LinkedIn users pointed out that the remark had classist overtones, given that access to English-medium schools is a sign of privilege. 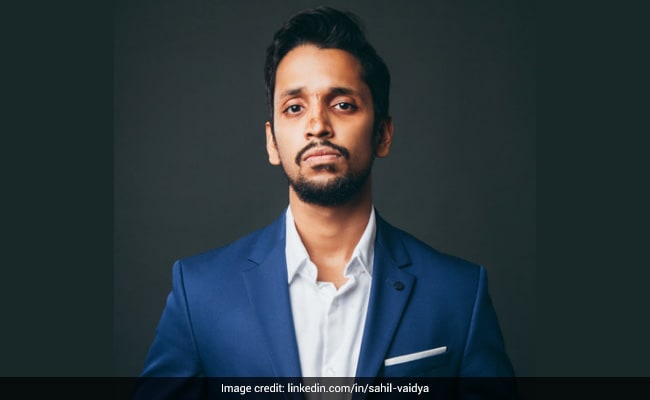 Sahil Vaidya's post is being criticised as tone-deaf on LinkedIn.

In a country where fluency in English is often mistaken as an indicator of education and intellect, one entrepreneur is being criticised for mocking someone's grammar on LinkedIn. Sahil Vaidya, co-founder of The Minimalist and an IIT-Bombay graduate according to his LinkedIn bio, recently took to the business networking platform to share a post that many have now slammed as tone-deaf and elitist. In his post, Mr Vaidya wrote: "When someone says 'Your screen is getting stucked, I cant able to see it', you wonder what to fix first: the screen or their grammar [sic]."

Mr Vaidya, who featured on the 'Forbes 30 Under 30' list two years ago, has faced backlash for the post. In the comments section, many reminded him that there is no link between a person's abilities and their language skills.

"Never understood the link between fluency is English and a person's abilities. Your post reeks of attitude," wrote one LinkedIn user.

"I work with people from multiple countries; most of whom are non Native English speakers. When someone says stuff like what is mentioned above, I just appreciate the effort they are putting in the conversation rather than their grammar," another said.

Many LinkedIn users also pointed out that the remark had classist overtones, given that access to English-medium schools is a sign of privilege.

While Mr Vaidya shared his post two weeks ago, it began to gain viral attention only recently after it was picked up by a Twitter user. "This guy got schooled on Linkedin and how!!" the Twitter user wrote, sharing a screenshot of the post and a sharply-worded comment it received on LinkedIn.

In the comment, a user named Arti Gupta asked Mr Vaidya to "fix" his attitude and pointed out the grammatical errors in his own post. "The cant is missing an apostrophe - should be can't. The comma needs to be before closing quotes, not after. And Co-Founder is incorrect grammar. Capitalization after hyphenation is a cardinal sin," Ms Gupta wrote.

"Jokes apart - it's easy to poke fun at other people's grammar. I would understand if this were a remark about a marketing tagline, but it is a jibe at someone trying to do their job and communicating clearly," she added.

This guy got schooled on Linkedin and how!! pic.twitter.com/G57tRYBO68

The tweet has gone viral on the microblogging platform with over 17,000 'likes' and thousands of comments. Reactions were largely critical on Twitter as well, much like LinkedIn.

Where do you stand on the issue? Let us know using the comments section.