Start-Up Owner Offers Job To Matrimonial Match Sent By Father. And Then...

Udita Pal is the co-founder of Bengaluru-based Salt, a fintech platform 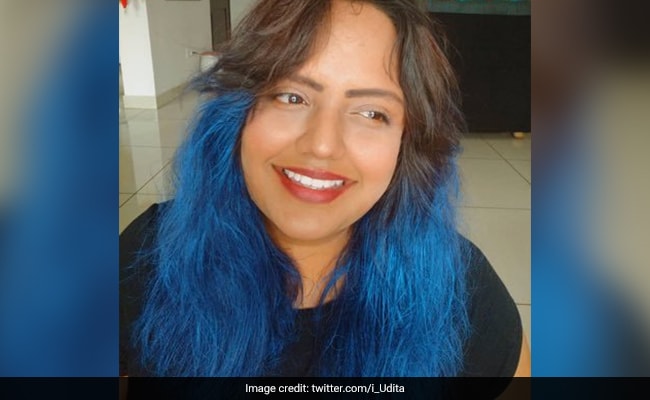 Udita Pal is the co-founder of Bengaluru-based Salt

Every parent wishes to find the perfect life partner for their children. Some people try do so by informing all their relatives when their children reach marriageable age, while others use a matrimonial website.

However, what happened recently when a father forwarded a probable groom's profile to his daughter has left the internet in splits. The daughter made the most humorous and inventive use of the matrimony site.

So, what did the daughter, Udita Pal, the co-founder of Bengaluru-based Salt, a fintech platform that facilitates international transactions, do? Ms Pal attempted to hire the man whose profile her father had shared with her. Yes, you read that right!

Ms Pal also went ahead and shared a screenshot of her father's reaction when he learnt what she had done.

Her father's text begins with the message, “Can we talk? Urgent.”

Then he goes on to ask her, “You know what you did?”

He adds, “You cannot hire people from matrimonial sites. What to tell his father now?”

He further says, “I saw your message. You gave him an interview link and asked for his resume.”

Finally, Ms Pal replies to these messages. Nonchalantly, she says, “7 years of fintech experience is great and we are hiring. I am sorry.”

In a subsequent tweet, she shared some “updated news”. She said that the man had asked for a salary of Rs 62 lakhs per annum, and ESOPs, which, she claimed, her company cannot afford. She went on to add that her father had deleted her matrimonial profile.

The entire episode has amused online users. Among the respondents was the matrimonial site, Jeevansathi.com, which offered Ms Pal to find the “perfect life partner”.

Let us know if you still have an opening & we will apply for the perfect life partner. #WeMatchBetter ????

One user wrote it was “epic stuff” and asked that since the man wasn't hired, did “he stand a chance on the other front”.

Epic stuff. Since he didn't get hired afterall, does he stand a chance on the other front?

Another user said that his wife worked in recruitment and after seeing this father-daughter exchange, he has informed her of the “new data source for eligible candidates”, hinting at matrimonial sites.

Wow... Can't believe... My wife is in Recruitment, I told her see I found new data source for eligible candidates for your firm.

A third user hoped that Ms Pal would get married on naukri.com.

Hope, u get married on https://t.co/lDBFS0wasG

One user said had he been the prospective groom, he would have said, “Maybe professionally you can't afford me but personally I am all yours.”

If I would have been in his place "may be professionally you can't afford me but personally I am all yours"????????

A few users shared some funny GIFs too:

So, what do you make of this incident? Let us know in the comments section below.