The three wise monkeys embody the principles of 'see no evil, hear no evil and speak no evil' 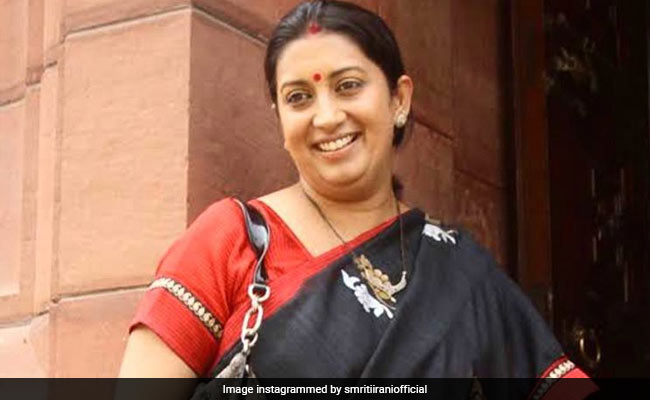 On the occasion of Gandhi Jayanti, Union Minister Smriti Irani invoked the three wise monkeys of Mahatma Gandhi's teachings. This afternoon, she took to the Instagram 'stories' feature to share a picture of the wise monkeys who embody the principles of 'see no evil, hear no evil and speak no evil'. Ms Irani, however, gave us a glimpse of how the monkeys and their teachings have evolved with time.

This time around, in Ms Irani's post, the wise monkeys are also more tech-savvy - the first one doesn't type any evil, the second doesn't 'like' any evil and the third doesn't 'share' any evil on social media. 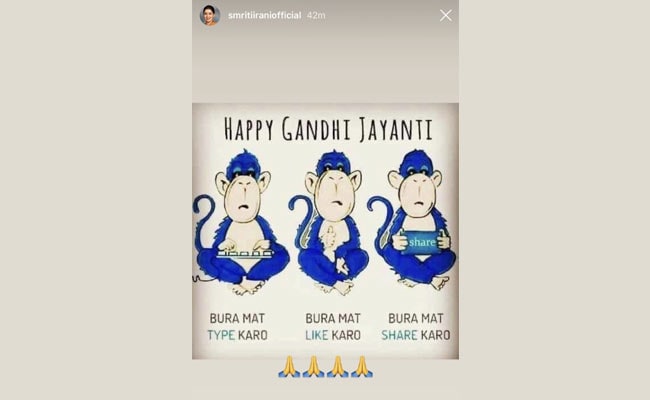 The Instagram story is typical of Smriti Irani's hilarious Insta feed, where she often amuses her 6.7 lakh followers with witty posts.

Just a few days ago, she had shared another hilarious Insta story - one featuring her husband, Zubin Irani.

A small figurine of the three wise monkeys was one of Mahatma Gandhi's few material possessions and the maxims they represent figured prominently in his teachings.