"There happened to be a break in traffic and the plane did not come into contact with any vehicles or pedestrians." 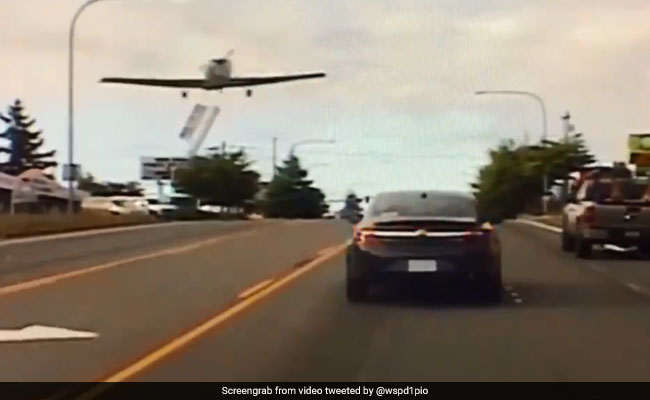 A video of a plane landing on a road has gone viral on Twitter.

A small plane landed on a busy stretch of road in Washington state on Thursday, shocking commuters. The incident took place at around 8.15 in the morning as the single-propeller KR2 aircraft made an emergency landing on Pacific Avenue South after experiencing a fuel system malfunction, authorities say.

No one was injured in the incident, said Johnna Batiste of the Washington State Patrol, sharing pictures of the plane and a video of the landing. The dramatic video shows the plane landing just before an intersection.

The video has collected a ton of comments on Twitter. While some praised the pilot's skillful landing, others cracked jokes:

Beyond belief. There are no words. Impressive job completed in the sky and on the ground. So thankful all are safe. I cannot help but wonder how many guardian angels intervened as well. The impossible, made possible, all captured in this video!

Pilot did a great job in an emergency situation. No one expects to see a plane landing towards them, never know whats going to happen next?

“May I see you license and registration, please?”

Talking about the incident, Trooper Batiste said to Fox 56: "He (the pilot) could see the straight stretch of roadway, and he knew he had to make an emergency landing, and he was able to do so safely. It was a series of very lucky events. There happened to be a break in traffic and the plane did not come into contact with any vehicles or pedestrians."