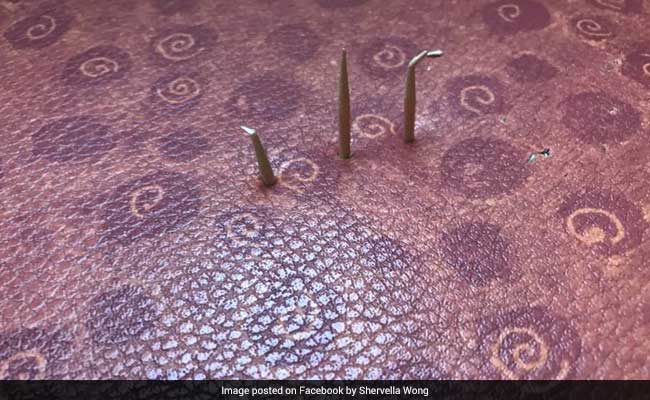 Singapore: A 60-year-old Singaporean could be jailed for up to two years if found guilty of sticking toothpicks into a bus seat in a suspected case of "mischief", police said.

Singapore, whose crime rates are among the world's lowest, has tough laws for minor offences such as vandalism, which can be punished with caning. The import and sale of chewing gum is banned except for medical reasons.

Police launched an investigation after a bus company in the city-state reported last week that one of their vehicles' passenger seats was perforated with toothpicks.

"Through extensive ground enquiries and with the assistance of CCTV footages, officers... established the identity of the suspect," they said in a statement on Tuesday.

A Facebook user posted pictures at the end of last month of three toothpicks sticking out of a bus seat, with the post shared more than 2,500 times.

"This happens to me this morning (Thank God, I did check before I sat down)," the female user wrote.
If found guilty of the offence of mischief, the suspect - whose identity was not revealed - could be jailed for up to two years or fined, or both.

Singapore has faced criticism from rights groups about cracking down hard on relatively minor crimes. In 2015 two young German men were sentenced to nine months in prison and three strokes of the cane for spray-painting a metro train.
Click for more trending news