Lil Bub is a kitten-size cat with 2 million Instagram followers, a talk show, a stage production, an album and a book. 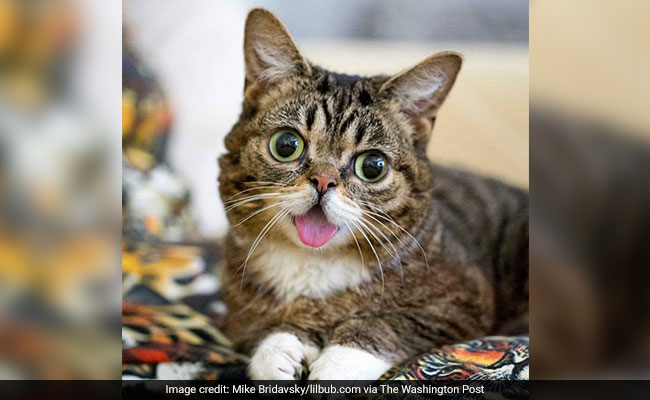 An international team of scientists sequenced the genome of Lil Bub

Dario Lupianez is the author of dense scientific papers with titles including "Breaking TADs: How alterations of chromatin domains result in disease." Now he, as one member of an international team of molecular biologists, is also a co-author of a paper on the extraordinary genetics of celebrity cat Lil Bub.

Lil Bub is a kitten-size cat with 2 million Instagram followers, a talk show, a stage production, an album and a book. The new study reveals the weird DNA behind what is often described as her magical appeal.

"We can definitely say she's magical," said Lupianez, who lives in Berlin and who, like his colleagues, has never actually met Lil Bub in person. "I remember the moment when we first saw her on the Skype video and we were just like, 'Uhhhhh.' "

In some respects, Lupianez and his partners in this project, fellow Berlin resident Daniel Ibrahim and University of Pennsylvania's Orsolya Symmons, now know Lil Bub more intimately than pretty much anyone. They spent four years crowdfunding money to sequence the cat's genome, creating whimsical videos and a blog to demystify a complicated process, and analyzing Bub's genetic material to discover what makes her so very unusual. 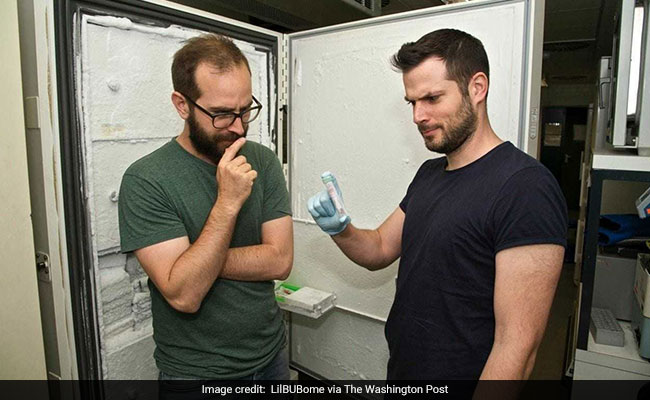 It helps to know what Lil Bub looks like to understand why they did this. The cat has a short snout, enormous green eyes and a pink tongue that hangs from her stunted jaw like an errant piece of bubble gum. She never developed teeth, and she stopped growing around four pounds. Each of her paws boasts an extra toe, for a total of 22. (Six on the front paws, five on the back.)

When Ibrahim first learned about Lil Bub a few years on a video about celebrity cats - "I had 40 minutes," he explains - a lightbulb went off. He and Lupianez were both working in a genetics lab that studied bone disorders and limb malformations, and "this was similar to what we see in patients, except this was a cat," Ibrahim recalled. He dashed to Lupianez's office, where they began musing about gene mutations.

Soon they were drafting an email to Lil Bub's owner in Indiana, inquiring whether they might be allowed to sequence the genome of this feline sensation. Mike Bridavsky, who refers to himself as Bub's dude, said he did not hesitate to send a blood sample, though he jokes that the results were a tad disappointing.

"She's quite literally one in infinity, you could say, as far as a genetic anomaly," Bridavsky said of the cat he found in a tool shed shortly after her birth in 2011. "I personally was convinced that they would find that her DNA was not from our planet, which is what I was hoping for, or there was some crazy prehistoric DNA - that she was part dinosaur."

Lupianez and Ibrahim, for their part, wondered whether the cat's two already-diagnosed conditions - polydactyly, the term for her extra digits, and the rare bone-hardening disorder osteopetrosis - might be the result of one gene mutation, which would be an important finding.

Instead, they found in an initial test that Lil Bub's polydactyly resulted from the same gene mutation that causes it in Ernest Hemingway's famous six-toed cats, generations of which have lived at the writer's former home in Key West, Florida. That mutation is different from those that cause polydactyly in cats outside North America, which means Bub is somehow related to the Hemingway cats.

"This is pretty cool," said Lupianez, who heads a lab at the Max Delbruck Center for Molecular Medicine. "Lil Bub is an orphan cat . . . but actually her DNA encodes information about her past."

With that settled, they knew that "everything else that makes Bub so unique - the cute little face, the osteopetrosis, the tiny body size - is probably due to another mutation," said Ibrahim, a postdoctoral researcher at the Max Planck Institute for Molecular Genetics.

First, they compared her genome with that of a reference cat, then they focused on genes that control bodily functions. Finally, they asked a colleague who specializes in bone disorders which of those are known to cause osteopetrosis.

That led them to a mutation in a gene called RANK/TNFRSF11A, which has been found in about 15 humans and one mouse - all of whom, the researchers said, share physical similarities with Lil Bub. In X-rays, their bones look deformed and bright white, with little to no marrow cavity. The mouse, like Lil Bub, also was missing teeth, because they can't erupt through bone that hardens too quickly. (Bub can eat just fine, and she runs and jumps thanks to a pulsed electromagnetic field therapy.)

What it all adds up to, the researchers said, is a new case study for an extremely rare disorder - another example of how it can manifest itself and progress. Which means that Lil Bub, viral internet cat, could help doctors better treat human patients whose osteopetrosis stems from the same gene mutation.

The researchers said they plan to publish their results in a peer-reviewed journal but decided to first place them, and the complete data set, in the open-access journal bioRxiv, in the hope other scientists might make other Lil Bub-related discoveries, such as the cat's breeds.

After having long seen his friends "immediately fall asleep because they don't care," when hearing about his work, Lupianez said he's most proud that the project got regular people excited about genetics - with the help of a feline superstar, of course.

Bridavsky, who is credited as the paper's lead author, said it's all another notch on the figurative little belt of Lil Bub.

"I think Bub is here for a reason, and I thought that something could come out of sequencing her DNA for medical research and for science," he said. "And that's exactly what happened."