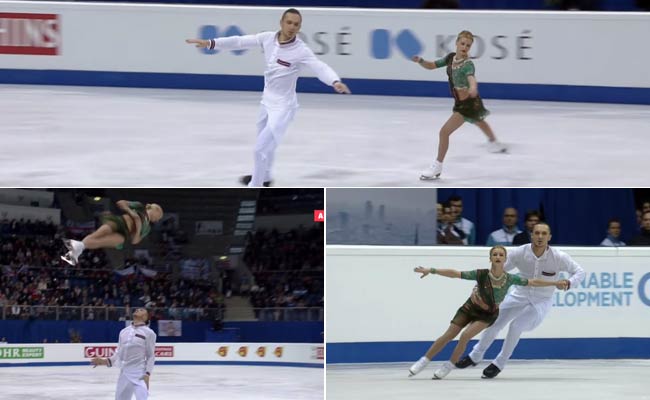 The stage at the 2016 European Figure Skating Championships was pretty much set on fire thanks to a smoking performance by champions Tatiana Volosozhar and Maxim Trankov on January 30. That's saying alot, considering it's made of ice but the Russian performers made it look easy by skating to the Ram-Leela song Nagada Sang Dhol Baje.

If you thought the song sequence in the film starring Deepika Padukone and Ranveer Singh was spectacular, prepare to be amazed by this.

Dressed in green and white Indian-inspired costumes, Tatiana and Maxim presented an intricate and balletic routine set to the desi number. They executed daring lifts, heart-stopping twists and graceful spins, harmoniously and in perfect sync with the beats of the song.

The duo put on a championship-winning performance that has to be seen to believe. Kudos to them for pairing garba with figure skating. Deepika, Ranveer, what say you?