The crocodile "has lived here since 2005," a neighbour told local television. "He was little at the time." 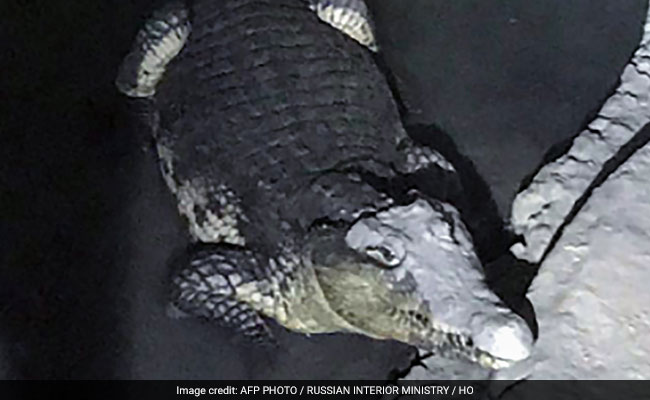 Pictures released by cops show the animal sitting in the dark, in a shallow muddy pool

Saint Petersburg: Russian police searching a suspect's home for a weapons stash in the northwestern city of Saint Petersburg were surprised to encounter a large crocodile living in the basement, city police said Friday.

Officers were inspecting a property owned by a man suspected in a case of illegal arms possession and trafficking in Petergof, a suburb of Saint Petersburg famous for its tsarist palace.

"In the basement of the house, the officers uncovered a crocodile," the police statement said.

"No incidents involving the reptile occurred during the search" police said, adding that a veterinary service is now looking for a new home for the animal.

Pictures released by police showed the animal sitting in the dark, in a shallow muddy pool. Daytime temperatures in Saint Petersburg hovered around minus seven degrees Celsius (19 Fahrenheit), far below the preferred climate for the species. 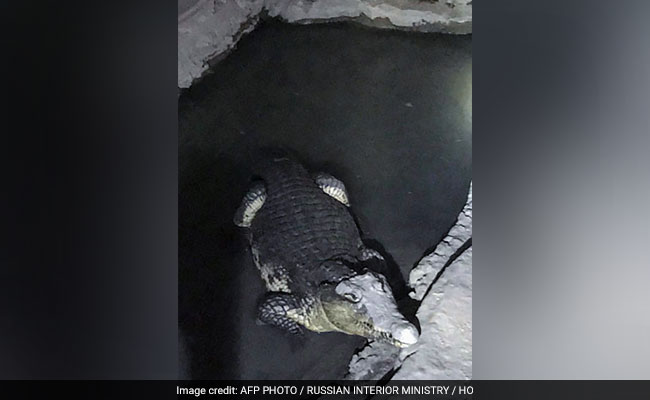 The crocodile "has lived here since 2005," a neighbour told local television. "He was little at the time."

Fontanka local news site reported the animal was a two-metre-long Nile crocodile and said it belonged to a military reenactment enthusiast who ran a youth club in the building.

Promoted
Listen to the latest songs, only on JioSaavn.com
Police said they found items resembling ammunition that have been sent for analysis while the suspect is in custody.