In an emotional post last week, Ruby Rose had announced that she is set to play the first LGBTQ lead in a TV series 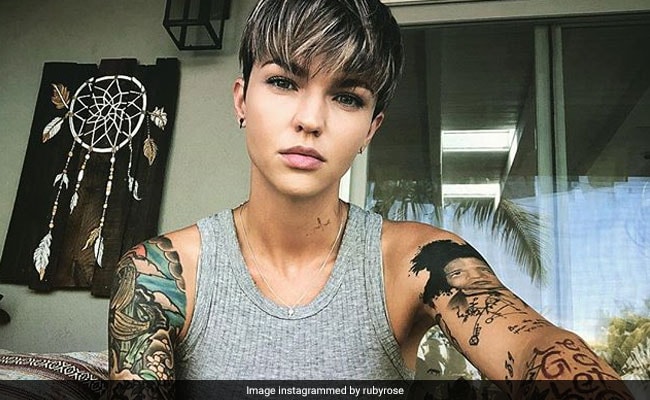 Before bidding adieu to Twitter, Ruby Rose responded to criticism in a series of tweets.

Australian actor Ruby Rose has quit Twitter after receiving backlash over her casting as lesbian superhero Batwoman in a new CW show.

In an emotional social media post last week, Rose had announced that she is set to play the first LGBTQ lead in a TV series.

The Bat is out of the bag and I am beyond thrilled and honored. I'm also an emotional wreck.. because this is a childhood dream. This is something I would have died to have seen on TV when I was a young member of the LGBT community who never felt represented on tv and felt alone and different. Thank you everyone. Thank you god.

However, according to The Hollywood Reporter, two days after the announcement, the 32-year-old deleted her Twitter account after some fans expressed their anger over the casting.

Before bidding adieu to Twitter, The Meg star responded to criticism in a series of tweets. The actor wrote that she wished "we would all support each other and our journeys."

"Where on earth did 'Ruby is not a lesbian therefore she can't be batwoman' come from -- has to be the funniest most ridiculous thing I've ever read. I came out at 12? And have for the past five years had to deal with 'she's too gay' how do y'all flip it like that? I didn't change. I wish we would all support each other and our journeys," Rose wrote.

"When women and when minorities join forces we are unstoppable... when we tear each other down it's much more hurtful than from any group. But hey/ love a challenge I just wish women and the LGBT community supported each other more, My wish was we were all a little kinder and more supportive of each other...Sending everyone my love and gratitude, it's been a rollercoaster of a year, this month especially," she continued.

Ruby Rose left twitter due to people attacking her over being casted as Batwoman. There is a difference between not liking the casting choice, and attacking the person because you don't like it. See a therapist if you attack people online, it's not healthy behavior.

Ruby Rose left Twitter after being harassed over the Batwoman casting.

Grant Gustin was body shamed for appearing "too thin" in The Flash's new suit.

Internet can be a destructive weapon in the hands of lowlifes. pic.twitter.com/CoQhOKDsIl

Wait, what's wrong with Ruby Rose as Batwoman? That's epic! What's all the whining and complaining about? Sigh :/

Ruby Rose has been driven off Twitter due to Comic Book fans who don't like her casting as #Batwoman. Exactly the same as Star Wars. Where do these toxic fans come from? Can't you at least wait until you see the show?