Republic Day 2019: "Once you march for the first time on the Rajpath, it automatically gives you energy," says IAF Flight Lieutenant Shrikant Sharma. 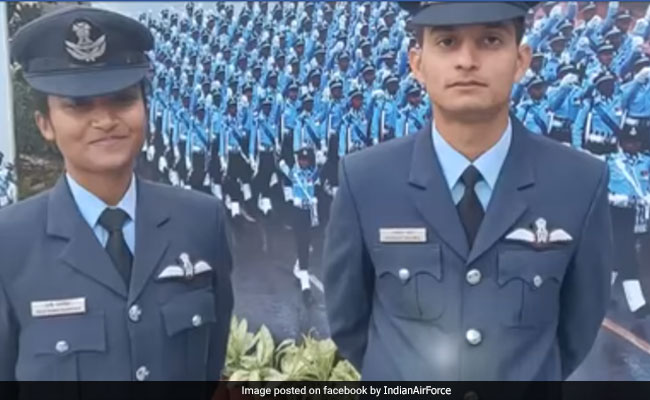 The Indian Air Force shared a video on social media this morning which features Flight Lieutenant Shrikant Sharma and Flying Officer Ragi Ramachandran as they talk about their experience of participating in the Republic Day 2019 parade. As the IAF contingent leader, Mr Sharma will lead the 144-strong India Air Force contingent on Rajpath in New Delhi on January 26.

"Once you march for the first time on the Rajpath, it automatically gives you energy," says IAF Flight Lieutenant Shrikant Sharma. "Just looking towards the India Gate, just imagining the crowd on the last day to boost your morale and energy, it automatically leads to the energy which is required to put in the best of our efforts."

"I have seen the R-Day parade on TV and my brother had led a contingent of an army regiment last year. And now I will be at the helm for the IAF contingent. So, my dad will have seen both his sons as leaders," the 26-year-old IAF officer from Jaipur had said earlier.

Meanwhile, Flying Officer Ragi Ramachandran called it a "matter of immense pride" and spoke about the rigorous training that leads to the last day.

You can watch the full video below:

Since being shared online, IAF's video has collected over 3,000 views on Facebook, along with another 32,000 on Instagram.

"We all proud of our soldiers Jai Hind," wrote one person in the comments section. "Jai Hind and all the best to you," said another.

An IAF marching band will be ahead of the contingent when they walk down the Rajpath on Republic Day 2019. The end of the parade will be marked by a single Sukhoi aircraft Su-30 MKI of the IAF performing the signature "vertical charlie" in the air.