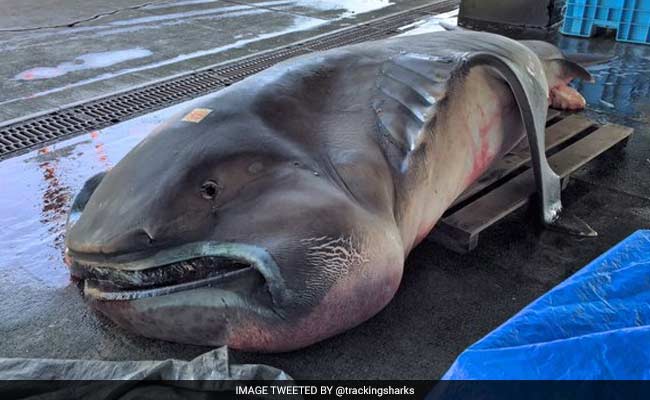 The rather scary-looking Megamouth shark was netted a few miles away from the Owase Port in Japan.

Jaws has nothing on this rare Megamouth shark, caught in Japan.

The rather scary-looking fish was netted at Mie Prefecture a few miles away from the Owase Port, reports TrackingSharks.com. It weighs about a tonne (907 kgs to be precise).

Whoa! We'd like to see the man who caught that.

The fear-inducing shark is almost five metres in length. In case you're wondering just how huge the is, take a look at this picture: 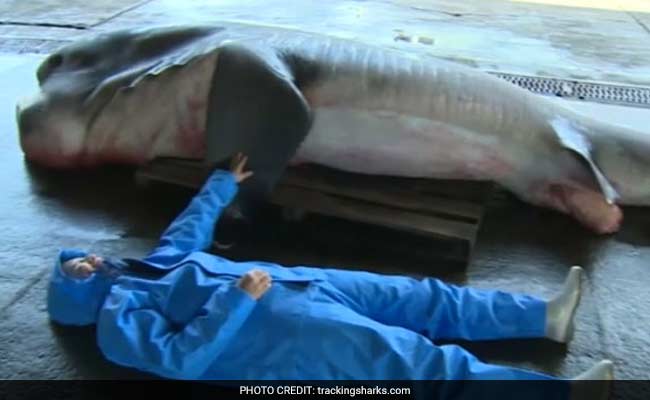 A man lays next to the Megamouth shark to show how huge it is.

Megamouth sharks feed on plankton and swim with their mouths wide open, hence the name. These sharks are extremely rare and only 60 of their kind have been spotted until now, according to reports.

As for the fate of this large specimen, it was bought by a local fishmonger, according to Yahoo Australia.