On Amitabh Bachchan's Birthday, A Look At His 10 Best Posts

As Amitabh Bachchan turns 77 today, a trip down memory lane with his 10 best social media posts... 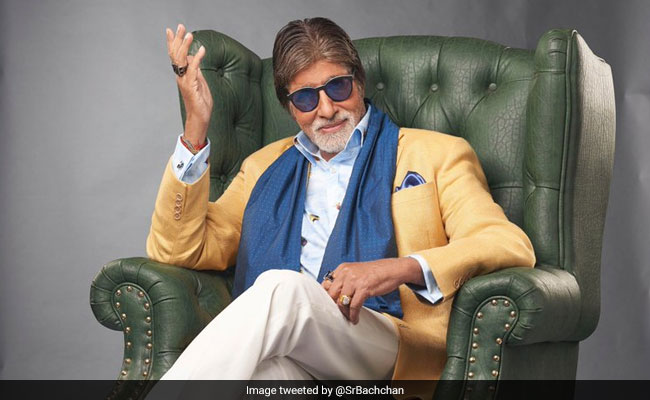 Superstar Amitabh Bachchan needs no introduction. An actor par excellence, Mr Bachchan has essayed many characters over the course of his decades-long career in the Hindi film industry. From the 'angry young man' of the '70s to a 12-year-old boy in Paa, Mr Bachchan has donned many hats with equal ease. These days, however, it is not just his movies that fans look forward to - it is also his witty social media posts. Amitabh Bachchan is active on various social media platforms like Twitter and Instagram, and his posts range from funny and witty to thoughtful and moving. Today, as Big B turns turns 77, take a trip down the memory lane and look at his 10 best social media posts.

In May 2010, Mr Bachchan posted his first tweet - the first in what would become a long line of hilarious, sometimes inexplicable tweets by the superstar. Mr Bachchan numbers all his tweets, and among his most widely-appreciated tweets is tweet number "T 3302" - a hilarious post on phone networks.

He once also explained the efficacy of Hindi as a language in a single tweet that garnered almost 60,000 'likes' on the microblogging platform.

T 3054 -
Just look at the efficacy of the Hindi language:

I am sorry, I can not hear you properly, can you please repeat what is the matter ?

A sea of fans can be seen outside Mr Bachchan's residence, Jalsa, every Sunday. The Zanjeer actor greets them every Sunday in a ritual that has been going on for years. "Enlightened and so humbled .." he wrote in September, sharing a few pictures from the scene.

In 2018, Mr Bachchan shared an old picture that shows him touching the feet of his father, Harivansh Rai Bachchan. "I return home after my COOLIE accident after near death.. charan sparsh to my Father .. and see him breakdown for the first time in my life .. an anxious Abhishek looks on .." he captioned the moving picture.

I return home after my COOLIE accident after near death .. charan sparsh to my Father .. and see him breakdown for the first time in my life .. an anxious Abhishek looks on ..

Mr Bachchan has been credited with giving Bollywood some of its most iconic and memorable dialogues. Last year, he looked back nostalgically on some of them and rued that today, opportunities to deliver iconic dialogues are limited.

Three legends in one frame.

The FilmFare Annual issue for 100 years of cinema is out and it has Dilip Kumar Saheb, SRK and yours truly on cover .. !

In 2016, Mr Bachchan tweeted a picture of street art on a wall that shows three Indian icons - singer Lata Mangeshkar, Big B himself, and Sachin Tendulkar. Here is what he tweeted and how Sachin responded.

There is only one guy who is now referred as 'former'! Inspirational and timeless @SrBachchan and @mangeshkarlatahttps://t.co/4grsl2W2LN

Proud of you Shweta and all those that put together #mxsworld

Amitabh Bachchan, 77 today, is currently hosting Kaun Banega Crorepati 11. He will next be seen in Brahmastra, Chehre and Gulabo Sitabo.