"I have an epic story about this movie," wrote one Instagram user, recalling the time when, 10 years ago, her father decided to watch Dev.D with the whole family. 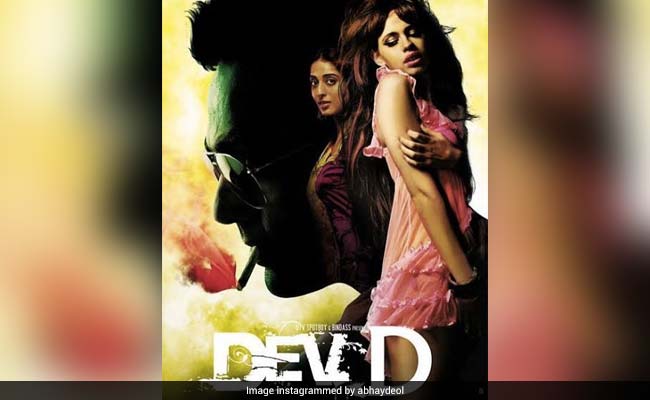 Actor Abhay Deol shared a post on Instagram this morning to celebrate 10 years of one of his critically-acclaimed films, Dev.D. In his post, he spoke about how the idea behind the 2009 dark comedy, a modern-day adaptation of Devdas, was to empower women. However, it was a hilarious comment on the post that caught our - and Abhay's - attention. Instagram user Yashu Sharma used the comments section of the post to narrate an "epic story" related to the movie.

"I have an epic story about this movie," she wrote in her comment, recalling the time when, 10 years ago, her father decided to watch Dev.D with the whole family.

"I was in college and was nervous watching this in front of my parents. I told this to my mom it's A-rated, but somehow my dad was like arey ajkal itna chalta hai (these days it's okay)," she said.

Unfortunately for Yashu, she and her family walked into the movie theatre right in the middle of an intimate scene in the A-rated movie. "Unfortunately we got the front row and movie was already started, and we got to see the first khet ka scene (farm scene)," she wrote.

"My mom in the entire movie was staring at my dad with anger," she recalled in her hilarious comment. "Again it's an epic story for a lifetime." 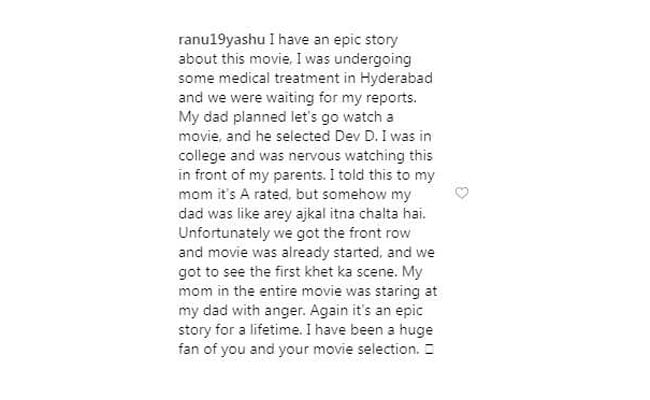 Since being shared online, her comment has collected a ton of 'likes' and a reply from Abhay Deol himself.

"Quite the story! Hope you're mom forgive you're dad! (sic)" he wrote, adding a laughing-face emoji.

Dev.D, directed by Anurag Kashyap and starring Kalki Koechlin and Mahie Gill along with Abhay Deol, was released on February 6, 2009. In his post, Abhay said that the movie was about women power. "My idea was to empower the women in this tale, and expose the chauvinism and entitlement that Dev's character is all about," he wrote. Read his full post below:

10 years ago my film Dev.D was released. When I was going around the industry narrating the concept and trying to get it made, my idea was to empower the women in this tale, and expose the chauvinism and entitlement that Dev's character is all about. The women had the strength, Dev is the one who is vulnerable, very common in paternalistic cultures. But, in our language we say, “don't be a p€££¥, have some “b@!!$”. I know b@!!$ are very sensitive, way more than its female counterpart. Life is full of irony! #womenpower, cause that's what this film was about.

What do you think of Yashu's Dev.D story? Let us know using the comments section below.