An account that is rebelling against food served in mason jars, slates, racquets and other quirky objects, 'We Want Plates' wants to reclaim the good ol' plate. 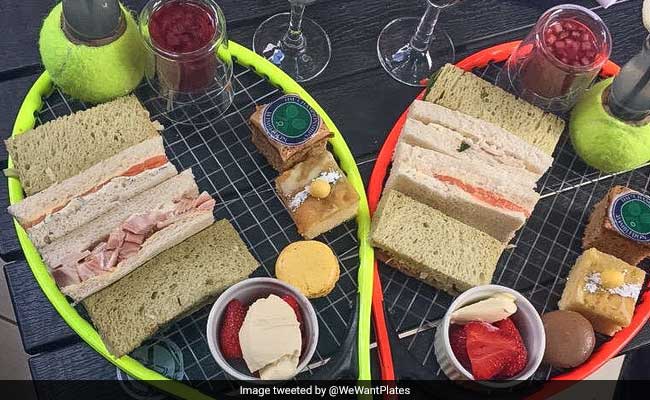 How many times, in the last few years, have you gone out to eat at a hip new restaurant and ended up with your deconstructed meal served to you in a bucket, with your drink in a mason jar? The rise of hipster eateries has led to a new trend - serving food on quirky items like small buckets, dust pans, caps, baskets, racquets, slippers - you name it. But now an organisation wants to reclaim the good ol' plate. 'We Want Plates' is a Twitter account and website that is leading the 'global crusade against pretentious chefs and hipsters serving food on bits of wood and roof slate, chips in plant pots and drinks in jam jars.'

And looking at some of the pictures they have shared, they seem to have a point.

Because really, what does a person have to do to get a plate around here?

@WeWantPlates just been served my lunch in Greece on a miniature skateboard. It's a mineral spa by a lake full of elderly people. pic.twitter.com/DOFoceSrlw

And a deconstructed burger on a slate

Starters in an actual desk organizer

Starters served in a desk organiser.

AN ACTUAL DESK ORGANISER FROM AMAZON.

"What wine do you recommend?"
"The 2004 Argentinian Chardonnay is bursting with flavour."
"What flavour?"
"Sausages."