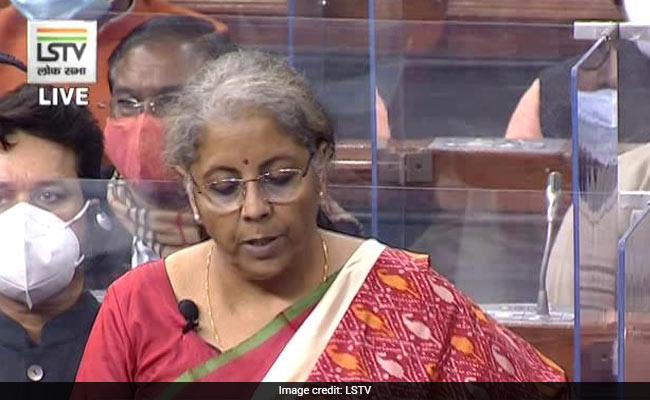 Finance Minister Nirmala Sitharaman today quoted Nobel laureate Rabindranath Tagore and Tamil poet Thiruvalluvar in her third Budget presentation. Ms Sitharaman started her Budget 2021 speech in parliament today with the words of Tagore - the poet, novelist, essayist, philosopher and musician from Bengal who became the first non-European Literature Laureate in 1913. "I borrow the words of Rabindranath Tagore - 'Faith is the word that feels the lights and sings when the dawn is still dark'," the minister said at the beginning of her Budget speech.

The reference to Tagore came ahead of assembly elections in Bengal - a fact that did not escape social media users. Soon after Ms Sitharaman quoted the Nobel Laureate, Twitter was filled with reactions. Take a look:

8 minutes into the budget. Nirmala ji has quoted Tagore.

Tagore is the Rumi of Budget speeches. @Alfifius

First literary quote of the #UnionBudget2021 speech from Gurudev Rabindranath Tagore. The Budget is as much about politics as it is about economics.

Meanwhile, several Twitter users who had predicted that the Finance Minister would quote Thiruvalluvar in her Budget speech were proven right.

"A king/ruler is the one who creates and acquires wealth, protects and distributes it for common good," Ms Sitharaman said while quoting from the Thirukkura book before announcing her proposal for direct tax this morning.

This is the second time that Nirmala Sitharaman has quoted the Tamil poet in her Budget presentation. Last year, she had read in Tamil: "Pini Inmai Selvam Vilaivu Inbam Emam Ani Enba" - which, translated in English, says that five jewels are required for a good country. They are -- one which is without illness, one with wealth, it should have good crops, it should have happiness as well as safety and security."

Some Twitter users wondered why many finance ministers have quoted Thiruvalluvar in their Budget speeches. Before this, Former Finance Minister P Chidambaram had also borrowed the words of the poet while presenting the Interim Budget in 2014. "Vel Anru Venri Tharuvathu Mannavan, Kol Athuvoom Kodaathu Enin. (Not the spear but sceptre swayed with equity, Alone gives the ruler victory," he had quoted.

Why all FM remember #thiruvalluvar in their budget speech? #Budget2021

Thiruvalluvar must be the most-widely quoted poet in Indian budget speeches! #Budget2021

In her shortest ever Budget speech, Ms Sitharaman announced a jump in capital expenditure, more spending on infrastructure and the doubling of the spending on health.