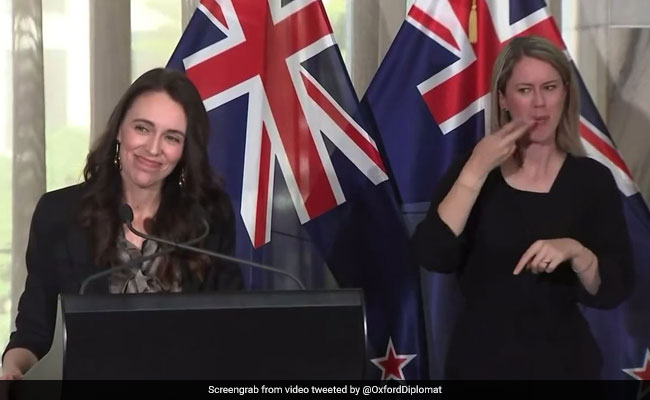 New Zealand's Prime Minister, Jacinda Ardern, paused briefly as an earthquake rattled the capital Wellington on Friday while she was addressing the nation in a coronavirus briefing, but then continued speaking.

Wellington and nearby areas were shaken by a 5.9 magnitude earthquake with the epicentre 35 km (21.75 miles) south-west of Taumarunui in central North Island, according to Geonet. While the shaking was felt widely there were no reports of damages or injuries. The U.S. Geological Survey put the magnitude at 5.6.

Ardern briefly grabbed her podium when the shaking began, smiled, and told a reporter asking a question: "Sorry, a slight distraction ... would you mind repeating that question?"

She told reporters at the end of the event that Deputy Prime Minister Grant Robertson, who was also on the stage, was not entirely convinced it was an earthquake and wondered if it was just strong wind blowing.

The only deal I'd like signed between the U.K and New Zealand, is the trading of Prime Ministers.

New Zealand often experiences weak to medium intensity earthquakes as it lies on the seismically active "Ring of Fire", a 40,000-km (24,855-mile) arc of volcanoes and ocean trenches girdling much of the Pacific Ocean.

The city of Christchurch is still recovering from a 6.3 magnitude quake in 2011 that killed 185 people.

In 2016, a 7.8 magnitude tremor hit the South Island town of Kaikoura, killing two and causing billions of dollars worth of damage, including in the capital Wellington, which is on North Island.