Hold Your Breath. On Camera, When A Baby Fell Between Train And Platform 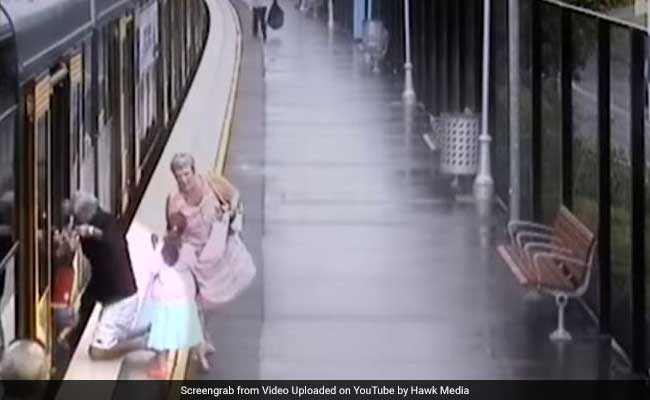 New Delhi: A video of a boy falling through the gap between a train and the platform is a source of nightmares for several parents. 2-year-old Ayden, accompanied by his sister and grandparents, was trying to board a train when he vanished between the gap. Video shows the panic-stricken grandparents frantically waving their hands trying to signal the driver to not start the train.

Ayden was safely pulled out from the gap in time.

The incident took place at Sydney's Cronulla Station last year but the footage was released by Sydney Trains today as a warning to parents to be more vigilant with children hand while boarding trains.

"It happened that bloody quick. We were running because it was raining, we'd had an ice-cream then we were taking the train because Ayden loves trains.

The video was released as a holiday warning ahead of Easter Sunday.

Promoted
Listen to the latest songs, only on JioSaavn.com
According to Daily Mirror, over 220 children found themselves in the same situation as Ayden on the Sydney trains network in 2016.