Meet Maria Cristina, The Woman Winning Bikini Body Champions At The Age Of 73

"I hope they can see people like me competing at 73 and realise it is possible," says Maria Cristina 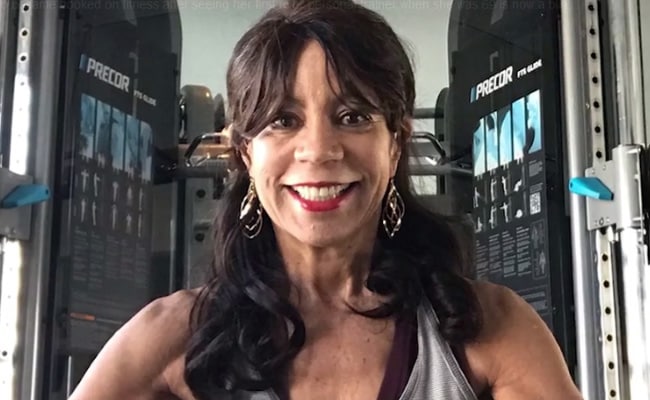 Maria Cristina competes at fitness modelling contests alongside women half her age.

A woman who started working out at the age of 69 has now become a bikini body champion at the age of 73. Maria Cristina from Reno, Nevada, was a college president for two decades. According to Daily Mail, she says she was active when she was younger, but grew "heavier, slower and more stressed" after turning 50 as her career took precedence over self-care and health.

After retirement, Ms Cristina hired a personal trainer for the first time at the age of 69, and that became a turning point in her life. She began working out three times a week, along with doing cardio in the morning.

Two years ago, in 2017, she became fit enough to enter fitness modelling contests alongside women half her age. She was awarded six titles in her first fitness contest.

"At the fitness competitions I go to, I see men competing well into their 80s, but the women seem to drop off after they hit about 50. I hope they can see people like me competing at 73 and realise it is possible," she said to Daily Mail.

Ms Cristina hopes that her hobby will help defy stereotypical images of women in their 70s.

Watch the video above to find out more about her and her inspiring journey.