6 million views for the video - and counting. 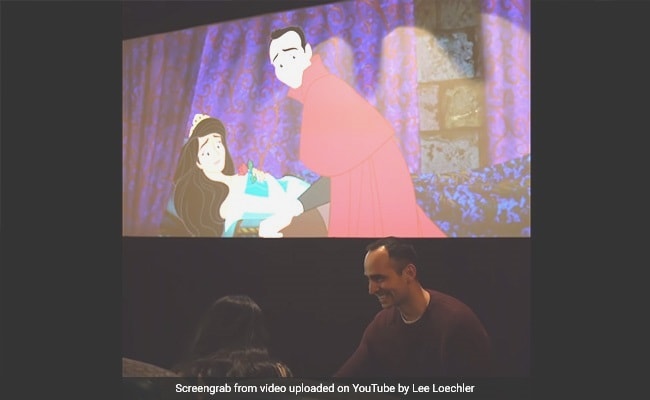 Lee Loechler proposed to his girlfriend by re-animating 'Sleeping Beauty'.

Asking for your partner's hand in marriage is one of the biggest moments of your life. A Hollywood filmmaker from Boston made it extra special by hatching the ultimate proposal plan for his girlfriend - animating himself and girlfriend into Disney movie Sleeping Beauty.

Lee Loechler, 29 proposed to his high school sweetheart, Sthuthi David on December 30 in a Boston movie theatre, which Lee had secretly rented out and filled with family and friends of the couple, Fox News reported.

The filmmaker stealthy stuck in an edited version of the ending scene of Sleeping Beauty by creating the characters of Prince Philip and Aurora to resemble himself and Sthuthi. In the film the Prince wakes up Aurora from a sleeping curse with a kiss and follows it up by going down on one knee with a ring.

In a video, shared on YouTube on January 9, Lee captures the proposal using a hidden camera he set up in the theatre. The video has been viewed more than six million times.

Lee waited anxiously for six months throughout the making of the film before popping the big question to his girlfriend.

In the film, the Prince gives a dazzling smile on-screen before opening a box to present a sparkling diamond ring -- a departure from the fairytale's storyline--- and tossing it towards the audience.

Lee stands up and pretends to catch the box. Then he turns to Sthuthi and says: "It's not every day you get to propose to your high school sweetheart -- so I'm gonna take my time."

"I love you with my whole heart, including all of its ventricles, atriums, valves," he says, adding, "She's a cardiologist," to those in the theatre who didn't get the pun.

"Will you live happily ever after with me?" Lee finally asks and a beaming Sthuthi says yes.

"I thought there was something wrong with the movie," she laughs.

"For the past six months I've been working with @kaylacoombs to animate @stutzd4 and myself into her favourite movie, Sleeping Beauty. The only thing better than seeing the smartest person I know completely dumbfounded was knowing we'd get to live happily ever after together," Lee wrote on Twitter.