Look What The Cat Dragged In... A Bag Full Of Drugs

The drugs are estimated to be worth hundreds of pounds. 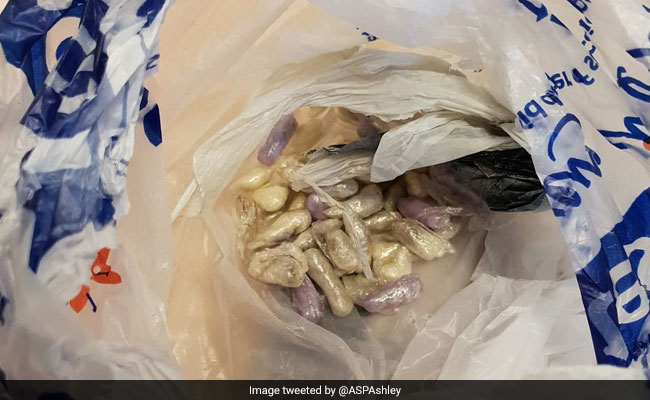 A picture of the drugs found by the cat.

A pet cat in Bristol, UK, recently gave its owner quite a shock when it brought home a bag full of drugs. Bristol Live reports that the cat found a plastic bag full of illegal substances in the suburb of St Pauls, carried it home and slept with it in its bed. The incident took place on Sunday night. On Twitter, the Avon and Somerset Police's Ashley neighbourhood team wrote that the owner got a "bit of a shock" but called them straightaway upon discovering the drugs. They also shared a picture of the bag of drugs found by the cat.

"Forget police dogs, we should start training up cats," joked the Avon and Somerset Police on its official Twitter account.

Forget police dogs, we should start training up cats Apparently the owner found this in the cat's bed, with the feline curled up next to it! https://t.co/0r8i8LMlQD

According to Bristol Live, the plastic bag contained about 30 wraps of what appears to be crack cocaine and heroin. The drugs are estimated to be worth hundreds of pounds.

Metro reports that the contents of the bag are now being analysed. No arrests have been made so far in the case.

This isn't the first time that an animal has helped the police in busting drugs. Last year in the US, a family dog earned himself the position of an honorary narcotics K-9 officer when he found heroin worth $85,000 while digging.