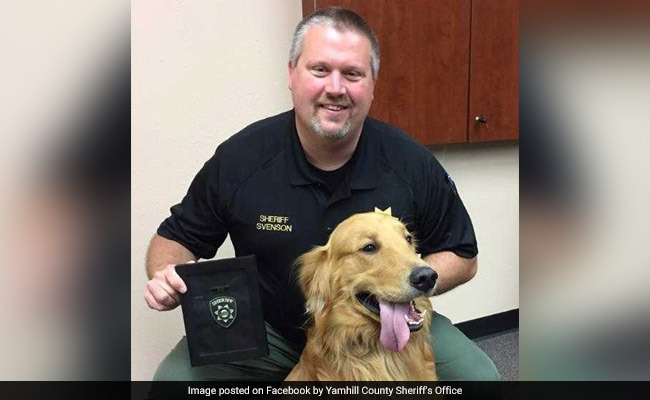 A family dog earned himself the position of an honorary narcotics K-9 for life when he discovered heroin while doing what he does best - digging. Kenyon, an 18-month-old golden retriever from Yamhill County, Oregon, US, found a suspicious item buried in his family's backyard in early August. His owners, who do not wish to be identified, thought that it was a time capsule buried in the backyard by some previous owners and decided to record themselves unpacking it.

According to their Facebook post, Sheriff Tim Svenson praised Kenyon and presented him with an official Yamhill County K-9 citation ribbon and named him an honorary narcotics K-9 for life.


"Opioid addiction and overdose deaths are on the rise and with the help of Kenyon this large quantity of heroin is removed from our community" said Sheriff Svenson.


People of Facebook also awarded Kenyon the title of a 'Very Good Boy' for rooting out drugs from the community.Click for more trending news