Theories abound about the true nature of the Loch Ness Monster 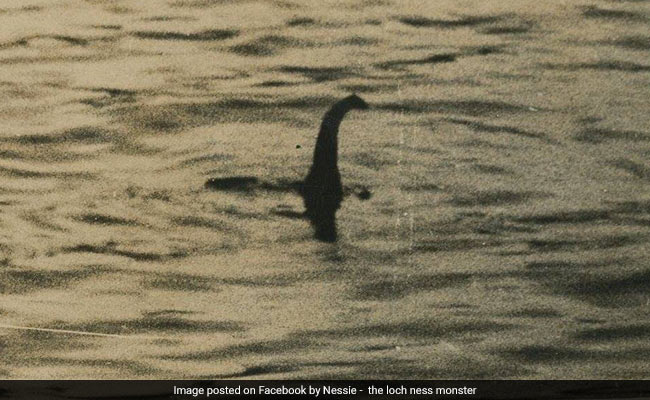 An image shared by a Facebook page dedicated to the Loch Ness Monster.

Is the Loch Ness monster a shark? A giant catfish? A sturgeon? No, it's a giant eel! Or at least it could be, according to a study published on Thursday.

"There is a very significant amount of eel DNA," Professor Neil Gemmell, a geneticist at the University of Otago in New Zealand said after a year-long study of the lake.

Tale of a giant creature lurking beneath the murky waves of Loch Ness in Scotland have been around for more than 1,500 years -- fueled by occasional sightings of "Nessie".

But Gemmell said his study had found no evidence of a monster-like Jurassic-era reptile in what is Britain's largest body of fresh water.

"We can't find any evidence of a creature that's remotely related to that in our environmental-DNA sequence data," the scientist said, adding that no shark, catfish or sturgeon DNA had been found either.

But he said eel DNA had been found "at pretty much every location samples -- there are a lot of them.

"Our data doesn't reveal their size, but the sheer quantity of the material says that we can't discount the possibility that there may be giant eels in Loch Ness," he said, calling the theory "plausible".

The research concentrated on 250 samples of water taken all around Loch Ness and at different depths to build up a comprehensive picture of life in the Loch -- from bacteria invisible to the naked eye to larger creatures.

Gemmell noted that researchers in 1933 had also proposed that a giant eel could be the explanation of the sightings.

"Divers have claimed that they've seen eels as thick as their legs in the loch," he said, noting that some of the sightings suggested they could be 4 metres (13 feet) long.

Theories abound about the true nature of the Loch Ness Monster, from a malevolent, shape-shifting "water horse", to an aquatic survivor of the dinosaur age, right down to logs, fish, wading birds or simply waves which have been blown out of all proportion.

The earliest chronicles of a creature in Loch Ness are attributed to Saint Columba, who brought Christianity to Scotland in the sixth century.

The last reported sighting was on March 26 last year by a US couple standing on the ramparts of the majestic ruin of Urquhart Castle.