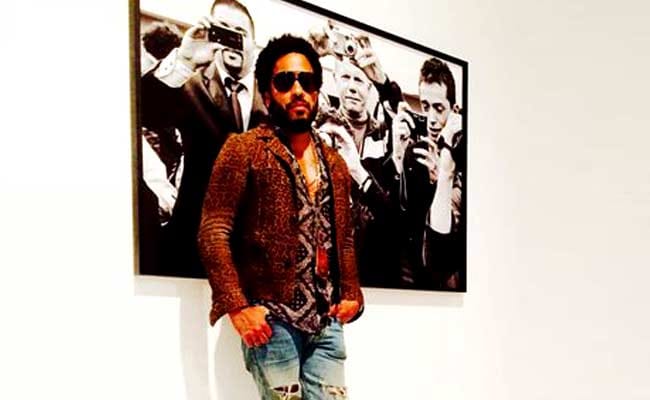 Musician Lenny Kravitz stands in front of one of his photos from his exhibit Flash, which is running in conjunction with Art Basel in Miami Beach. (Associated Press)

Miami: Legendary rocker Lenny Kravitz's photo exhibit was never meant to turn out the way it did.

While shooting photos on his days off from touring, Kravitz set out hoping to capture soulful photographs and people in their everyday environments. But each time he stepped out with his camera, fans followed and paparazzi flocked.

"It started out being a real nuisance because I wanted to shoot. I wanted time to do my thing and be anonymous," Kravitz told The Associated Press during a personal tour of his exhibit Wednesday. The black and white collection titled "Flash" runs through December 6 as part of Art Basel Miami Beach.

He blames the social media craze for people forgetting basic manners and respect for one another.

"It's really weird that people feel they have a right to invade your space in any kind of way." 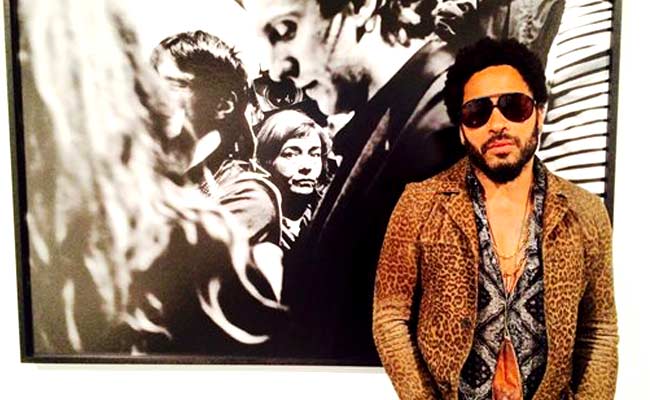 After several frustrating encounters, the rocker turned the camera on the crowds and started clicking - almost a joke at first. But then something changed.

"Life and art is about accepting and taking what you're organically given ... this is what life is bringing me at this moment, don't be pissed off about it."

As he developed the photos, he found himself no longer categorizing the people, but sensing their individual stories in their eyes, expressions and moods.

Kravitz is among dozens of celebs, including Hilary Swank, Sylvester Stallone, Eva Longoria and Katie Holmes, who are in town for the prestigious art fair, which is an extension of the annual contemporary art fair in Basel, Switzerland. The fair officially opens today, but many independent fairs and star-studded parties are already underway. 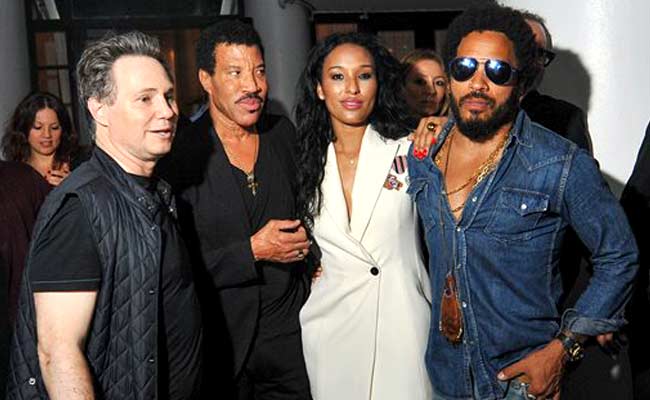 Kravitz, who has lived in Miami on and off for decades, said the exhibit also speaks to the culture's obsession with documenting everything from food to nail art, yet often don't realize the human connections they're giving up in return.

It "shows me how lonely and empty and hurt and unloved people feel," he said, looking every bit a rock star in a suede leopard jacket, blue paisley button down and characteristic sunglasses.
"Sometimes people will say to me, 'Can I have a picture?' And I'll say, 'Look, I can't right now,' but I'll say, 'It's so nice to meet you' and I'll take my glasses off and look them in the eye ... and I'll give them a hug and they'll say, 'No, no, no, I want the picture'... and I'm like, 'We just had a moment.'"

The rocker is releasing an album in 2016, but declined to give any details on the upcoming project, which he said he hoped to finish in the next two or three months.
Comments
Lenny KravitzArt Basel Miami BeachHilary Swanksylvester stalloneEva LongoriaKatie Holmesphoto exhibitpaparazziLegendary rocker Lenny Kravitz