Kashmir Is The Warmest Place On Earth, Says This Ad. Over 2 Million Views

The Jammu and Kashmir tourism department's short film on Kashmir has taken social media by storm. 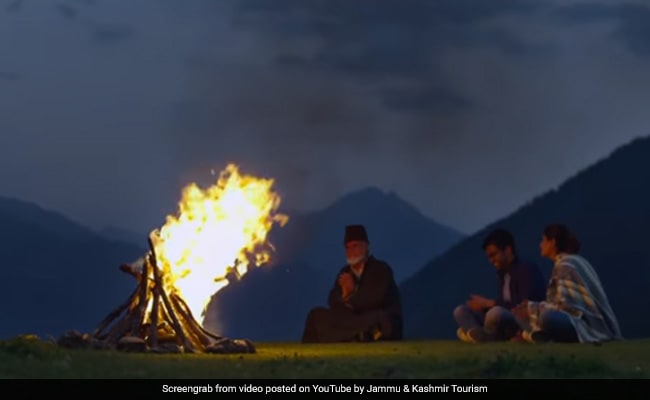 Srinagar: Within a few hours of its release, a promotional film by the Tourism Department in Kashmir, to counter the negative perception of the Valley, has taken social media by storm. The film has drawn millions of views less than 48 hours after its release. The five-minute film, titled Warmest Place on Earth, has also been shared widely by Bollywood celebrities like Karan Johar, Imtiaz Ali and Alia Bhatt.

The video, released by Chief Minister Mehbooba Mufti on Saturday, has drawn more than two million views on the official Facebook page of the state's tourism department alone in less than 48 hours.

The lyrics of the background song in the short film have been written by 2009 UPSC topper Shah Faesal.

The new campaign is drawing a huge response from people across various social media platforms.

"It was much needed, should have come before but better late than never," Mehmood Shah, Director Tourism Kashmir, told PTI, adding there has been an enormous response to the short film since its release.

Promoted
Listen to the latest songs, only on JioSaavn.com
"Let us hope it helps in attracting tourists to the Valley," he said.

Many celebrities have joined the tourism department in promoting the destination on social media, including filmmaker Karan Johar and actor Alia Bhatt:

The beauty and warmth of Kashmir..... https://t.co/L42HWLlgoU

Netizens appreciated the short film, with several of them narrating their own experiences of visiting Kashmir. Click for more trending news