"My previous account was permanently frozen after I said I killed a mosquito. Is this a violation?" 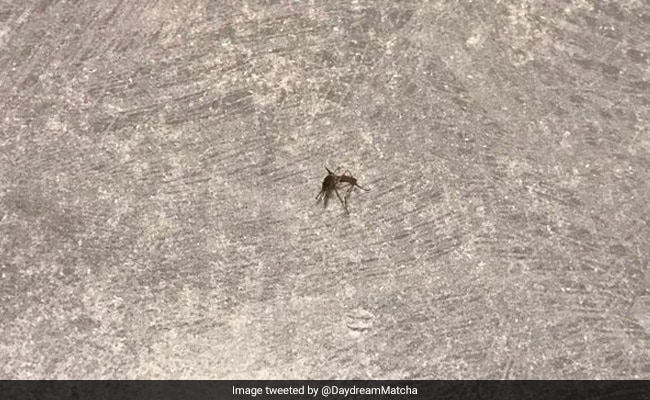 It started on August 20 when the user @nemuismywife was bitten by a mosquito as he was watching TV.

San Francisco: Twitter has banned a Japanese man after he posted a photo of a mosquito he killed on the micro-blogging platform.

It started on August 20 when the user @nemuismywife was bitten by a mosquito as he was watching TV, the BBC reported.

"Where do you get off biting me all over while I'm just trying to relax and watch TV? Die! (Actually you're already dead)," he tweeted after killing the mosquito and added a picture of a dead insect to the tweet.

He later received a message from Twitter saying that his account had been frozen and cannot be reactivated.

He set up a new Twitter account, @DaydreamMatcha and tweeted: "My previous account was permanently frozen after I said I killed a mosquito. Is this a violation?"

Tweeting abuse can get a user banned from the platform but Twitter's decision to ban @nemuismywife has attracted ridicule on social media.

Twitter has rolled out a number of new measures to curb online abuse and harassment on its platform.

US business magazine Forbes reported that Twitter launched an algorithm to detect abusive behaviour by looking and picking up key offensive words.