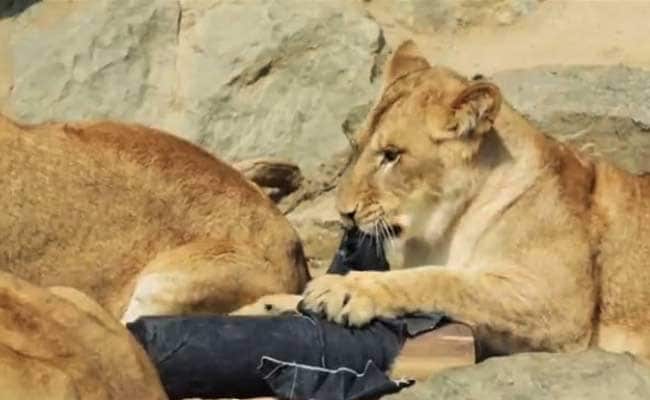 A Japanese zoo has taken the catwalk to a wild new level, using some of its fiercest inhabitants to rip and claw jeans to a fashionably distressed look.

The facility northeast of Tokyo has unveiled "Zoo Jeans", styled by the fangs and claws of lions, tigers and bears.

"We wrapped several pieces of denim around tyres and other toys. Once they were thrown into the enclosures, the animals jumped on them," said zoo director Nobutaka Namae, adding that the pieces were later patched together to create the finished product.

"The denim was actually much tougher than we had thought, and it turned out nicely destroyed."

The idea came from a Tokyo advertising executive who wanted to give something back to the zoo where he spent time as a child, Namae added.

Two pairs of jeans ripped by lions and a tiger-destroyed version are being auctioned on the Internet with proceeds to be donated to the zoo and the conservation group WWF.

Promoted
Listen to the latest songs, only on JioSaavn.com
They will be on exhibit at the Kamine Zoo - along with a bear-savaged version - until next week.