In A Troubling Year, These Viral Dog Videos Sparked Joy

Over 3 million views for this video compilation 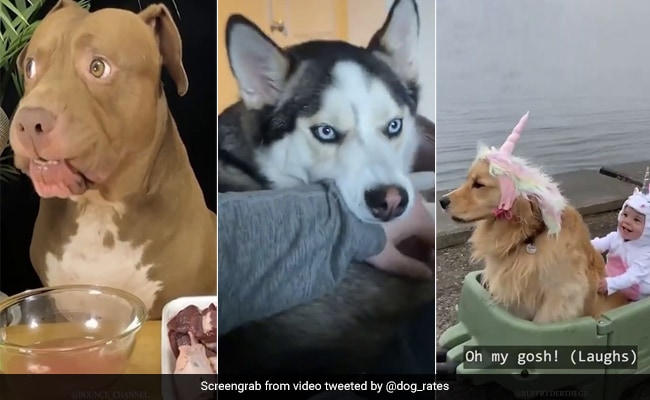 The Dogs of 2020 looks back at some of the most adorable videos that went viral this year.

It is widely agreed that if anyone managed to find an upside to the pandemic, it was the dogs who suddenly found themselves in the company of their humans 24x7. As the coronavirus-induced lockdown forced offices shut, millions of people across the world found themselves working from home - and spending more time than ever with their pets as a result. Suddenly, photos and videos of dogs disrupting all efforts on their human's part to get any work done began to flood social media.

In a troubling year, these dog videos that went viral on social media brought smiles and some relief from the gloom of the pandemic.

A video called 'The Dogs of 2020' was compiled by popular Twitter account 'We Rate Dogs'. The six minute and 26 second clip looks back at some of the dogs who went viral in 2020, sparking joy and reminding us that there's still good in the world. It features koala detection dog Bear and the pooches who attended the Black Lives Matter protests in the US, alongside a clumsy pup, a sleepy golden retriever, a car-driving 'unicorn' and many others.

Also in the clip is Brody, the attention-loving dog who won millions of hearts with a video which shows him gatecrashing his owner's news report in the most adorable way.

"In a year filled with so much bad, our dogs were very, very good," 'We Rate Dogs' said in their video. Watch:

Since being posted one day ago, the video has been viewed over 3 million times on the microblogging platform.

"6 minutes and 26 seconds of pure happiness," remarked one Twitter user.

"A little bit of utter joy for the end of a difficult year," said another.