Imran Khan And 5 Other Sports Stars Who Turned Politicians

Imran Khan is not the only one to have swapped playing fields for the hustings. Here are five other sport stars who have made a similar switch 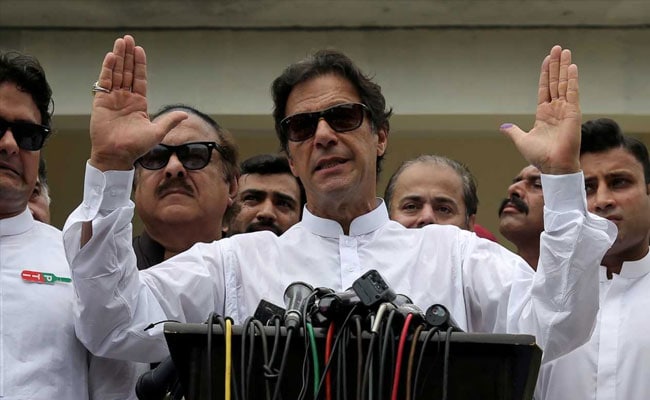 Imran Khan's anointment as Pakistan's new prime minister caps a more than two decade transformation from a World Cup winning cricket captain to a world leader, placing him in charge of a nuclear armed state.

But he is not the only one to have swapped playing fields for the hustings. Here are five other sport stars who have made a similar switch:

- George Weah -
Khan's elevation to premier is only matched by George Weah, who was inaugurated as Liberia's president in January.

Weah first learned to kick a ball in the slums of Monrovia, but went on to become one of Africa's greatest footballers, playing for a string of top European clubs and winning both FIFA's World Player of the Year and the Ballon d'Or.

Weah avoided the brutal civil war that destroyed much of Liberia but vowed to put his wealth and fame to use, unsuccessfully running for president in 2005.

He put education, job creation and infrastructure at the centre of his platform, though critics said he was vague on specifics.

While beefing up in a bid to get on his local soccer team, Schwarzenegger became infatuated by body-building, racking up title after title, until he became the youngest-ever winner of the Mr. Universe competition.

He moved Stateside to pursue acting and, despite his thick accent, finally made the big time in the 1980s with roles such as Conan the Barbarian and the Terminator.

A moderate Republican, he became Governor of California in 2003, serving two terms.

He has long distanced himself from the Republican mainstream on a range of social issues, such as abortion, gay marriage and gun control, and remains a staunch environmentalist, often clashing with President Donald Trump on Twitter.

- Manny Pacquiao -
Manny Pacquiao is idolised by millions in the poverty-afflicted Philippines after rising from the streets to the pinnacle of boxing.

The winner of an unparalleled 12 world titles in eight different weight divisions, he has successfully parlayed his boxing fame into a political career.

He was elected to the House of Representatives and then, in 2016, to the Senate, a high-profile national position which can be a stepping-stone to the presidency, an office he openly admits to having aspirations for.

In 2012 he found Christianity -- turning his back on the many vices fame, money and power brought him -- and social conservatism permeates his politics.

Pacquiao stirred international anger when he compared homosexuals to animals in a 2016 interview, later citing the Bible in his defence.

He was always viewed as something of a quiet intellectual on the world boxing circuit, a fighter fluent in several languages with a PhD in sports science who liked to relax with a thick Dostoyevsky novel.

An early supporter of the pro-democracy Orange Revolution, he became a major figure in the often treacherous arena of Ukrainian politics, eventually winning the capital's mayoralty in 2014.

"It's much easier to be the heavyweight champion of the world than to be the mayor of Kiev," he told the Guardian newspaper earlier this year. "It's hitting you in the back. It's hitting you under the belt line. It's really tough."

He entered politics soon after retiring, briefly serving as a junior tourism minister, before spending years in the opposition.

In 2015 he became the first former Sri Lankan international to be named a cabinet minister and has held a slew of ministerial positions since, including his current job as petroleum minister.

In recent years Ranatunga has been in an increasingly acerbic war of words with Sri Lanka Cricket, the country's notoriously scandal-plagued cricket board which he has long had aspirations to run.