How To Cure Jet Lag Without Coffee And Other Travel Tips 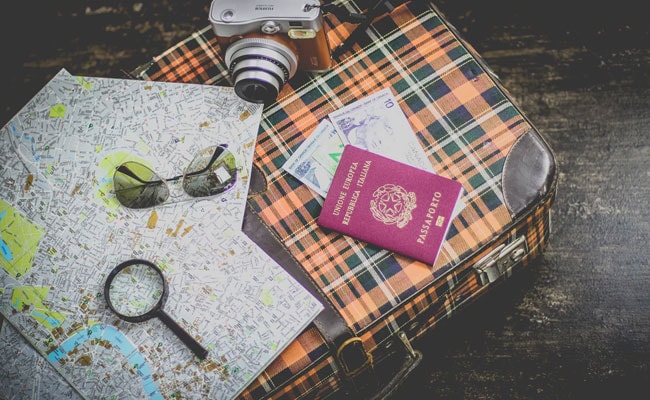 Ximena Caminos how to make the most of your holiday.

Curator and creative director Ximena Caminos was brought up in Buenos Aires, where she worked at Museo de Arte Latinoamericano de Bueno Aires (Malba) before leaving for a personal and professional partnership with her now ex-husband, Alan Faena.

Together they masterminded his namesake hotels in Argentina and Miami Beach; Caminos' focus was establishing the complexes' art-world credibility via exhibitions, site-specific commissions and dedicated cultural centers. Caminos was the driving force behind the Faena Forum art center in Miami, which launched with much fanfare two years ago during Art Basel Miami Beach. (Caminos remains a consultant with Faena.)

Flying some 400,000 miles per year, Caminos has collected a suitcaseful of practical travel tips - starting with her secret to curing jet lag without coffee:

1) I travel everywhere with yerba mate. We Argentines are serious mate addicts; it's our version of green tea, an infusion that you can drink all day and keeps you going. I take it specifically in the morning, like Americans or Europeans take their coffee. But coffee gives you shakiness, and it's short - a 20-minute boom.

Mate is not aggressive for your stomach, and it will keep you up - but not in a shaky way. I make my own special version of it, with chamomile with a little honey, so it's only 70 percent mate. Because it's a ritual, I bring my own cup and bombilla, which is that metal straw. And even a thermos, which I bought in Iceland. (Borrow a thermos in any hotel and it will normally smell of coffee.)

You really have to work hard the rest of the year, so to me, travel breaks down that routine. I never book tickets in advance. I tend to change the dates so much that it ends up being more expensive [to pay change fees] than if I buy them at the last minute. Also, when you buy at the last minute, you can get amazing perks as well. Many times, I've found, you can get really good deals in the last 24 hours before a trip. We are slaves of time - of the clock, of our duties - and that sort of routine sterilizes your mind.

3) Use Jorge Luis Borges as your tour guide.

There's a sentence by Borges that always struck me as a teenager. It said: "To really get to know a city, you need to get lost in it." So that's a game I like to play. There's a sense of wonder. I think that getting lost opens you up more, you pay more attention. If you know you're going from here to there, you focus on the route rather than the terrain. But when you're lost, you're analyzing your surroundings.

When I was in Tokyo with my son Noah, who's 8, I grabbed his hand and said, "Let's get lost." So we went down into the subway and took a train for an hour, then got off wherever we wanted - which happened to be the weirdest neighborhood you can imagine, called Shimokitazawa. It was a low-end commercial area with lots of vintage fashion places and lots of arcades. It was so fun, and we ended up buying this cool shirt.

Bjork is one of the most extraordinary people I met in my travels. We met when I was on a trip with Tate Modern to the Venice Biennale. When I first met her, she told me about Akureyri [in north Iceland]. I love it there. She actually lent me her house by the lake for my first trip. She told me, "This is my mom's number, so call her, she's gonna give you the key. I ask you one thing. At dawn, when you get up, listen to the birds." Then she recommended places to go. We went to a masked party at Idno; a bar called Gaukurinn, to catch the drag show called Dragsugur; a restaurant called Snaps on Odinsgata, which had really good cocktails; and Hurra, a venue for music and bands.

5) Use these two ways to judge the real quality of a hotel.

-Room service is a good thermometer of how the hotel is doing, operationally. The hotel doesn't make any money on it, so it's a loss leader. But the level of love they give you means the hotel is really stretching itself to please the guest.

-When you arrive early from America to Europe, does the hotel let you check in early? A good hotel will anticipate early arrivals and make it work.

Always bargain your hotel rate. What's the cost to the hotel if that room goes unoccupied? They have a lot of margin in the luxury market. At high-end hotels such as the Faena Buenos Aires, an unoccupied room costs $50 a day because of the air, energy, electricity, whatever. A room that's occupied can cost $70 [including housekeeping]. People might call, say, the Ritz and book seven days in a suite, thinking the rate is fixed. But [if you are staying several days] you can usually negotiate at least 15 percent off.

7) Use scent as a souvenir.

I have a fetish for aromatic souvenirs, especially tea or incense. There's this incredible pharmacy in Marrakech - Herboristerie Palais El Badia (22 bis Arset Lamaach Touareg Jdad) - where you are overwhelmed by all these spices and smells. They have bark and crystals, too. I love to dive into those things. And I know the best incense in the world; it's made only by one old lady in Bali, and you won't get it on Amazon. My friend brought me some back as a gift, and it's the most extraordinary smell I've ever smelled. So when I went to Bali myself, I bought as much as she had.