How A Pet Dog Saved Its Family In Flood-Hit Kerala

Mohanan P. and his family were sleeping at home in the mountainous Idukki district when their pet dog started barking 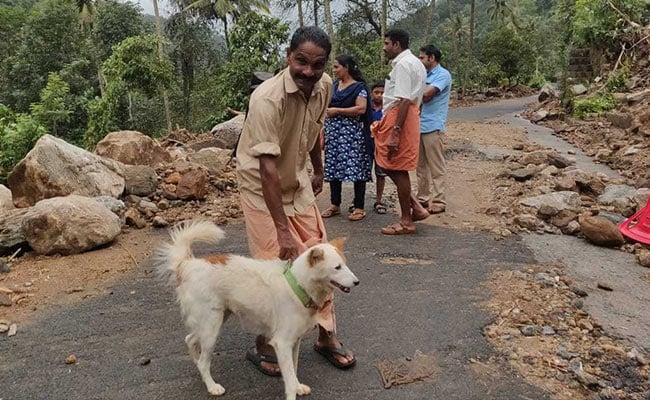 Mohanan P. with his pet dog.

A family in the flood-ravaged state of Kerala narrowly escaped death after their pet dog woke them up moments before a landslide destroyed their home, local media reported Monday.

Mohanan P. and his family were sleeping at home in the mountainous Idukki district when their pet dog started barking raucously at around 3:00 am, waking the household.

"That's when we realised something was wrong. I went out to see and we had to just rush out of the house," Mohanan told NDTV.

No sooner had the family rushed out when the landslide ploughed down a nearby hill and demolished their home.

The family, dog in tow, have since moved to a government-run relief camp nearby.

Flash floods triggered by the annual monsoon rains have pounded the southern tourist hotspot in the past few days, killing 39 people and leaving 100,000 more homeless so far.