The incident took place in Kentucky, US, in 2015, however, the clip was released just last year as a trial began into the incident. 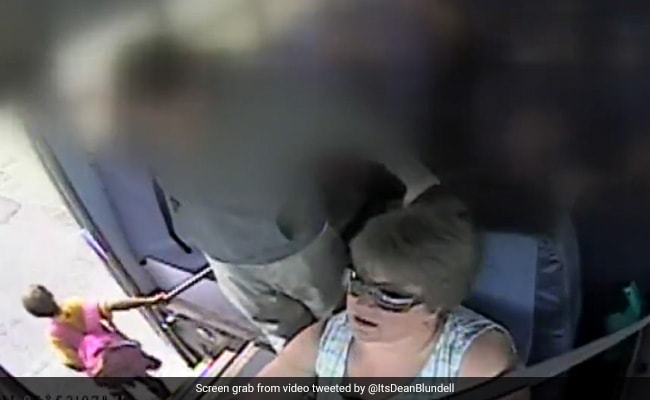 A terrifying video has resurfaced online which shows a little girl being dragged along by a school bus for over 1,000 feet before the vehicle stopped. The clip was shared on Friday on Twitter by user Dean Blundell. Since then, it has garnered nearly 5 million views.

The little girl was seen getting off the school bus when her backpack appeared to get stuck in its doors, leaving her trapped. The driver failed to notice the little kid and drove off, with the surveillance camera inside the bus capturing the girl being dragged for several blocks.

HOLY SHIT.
The little girl is miraculously fine, the bus driver has been fired. pic.twitter.com/uuijsrNn2U

The footage left the internet users shocked. While some called the clip "terrifying," others asked how the driver took so long to notice.

"That was so hard to watch. I feel sick," wrote one user. "OMG, I was holding my breath watching this!!" added another.

A third commented, "Unbelievable. I have no words other than thank goodness the child was ok." A fourth added, "One of very few videos that actually makes me feel sick to my stomach."

According to previous reports, the incident took place in Kentucky, US, in 2015, however, the clip was released just last year as a trial began into the incident.

The girl was just six at the time and was getting off the Jefferson County school bus. She suffered severe nerve damage and PTSD 9Post-traumatic stress disorder).

Viral Video | Penguin Gets Mixed With Another Group, Friend Goes To Take It Back

The driver, on the other hand, was identified as Melinda Sanders and was accused by the girl's family of failing to notice the child getting off the bus. The school district fired the driver after an investigation determined she did not watch the child get off the bus and ensure that all children were seated before driving, as required by her training. She was found to have broken a total of 16 rules during the incident.