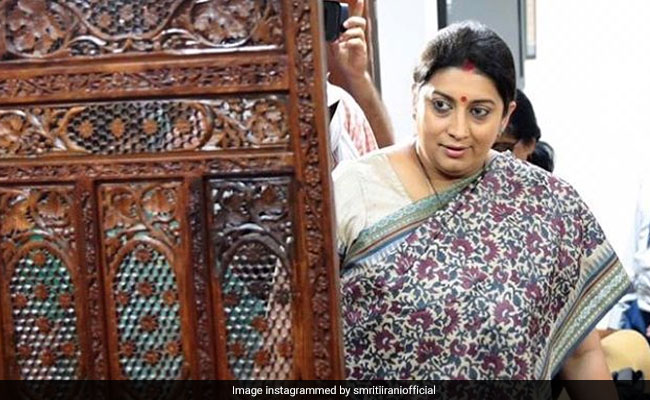 Can you guess the song Smriti Irani refers to in her post?

Union Minister Smriti Irani took to Instagram this morning to throw a challenge at her followers, asking them to guess the song she refers to in her post. Hints to the puzzle were hidden in the photograph and the caption. Not a difficult challenge by any stretch, her comments section was instantly flooded with guesses.

"When the Jharokha is not 'ankhiyon' wala ...." wrote Ms Irani, sharing a picture which shows her behind a wooden partition screen. She finished the caption with the hashtag #GuessTheSong.

Her photograph has collected over 24,000 'likes' in a couple of hours, along with hundreds of comments. While most people instantly thought of the song Ankhiyon Ke Jharonkhon Se from the 1978 movie of the same name, some differed. "Ankhiyon se goli maare," joked one person in the comments section, while another guessed "Dil ke jharonkhon me tujhko bithakar."

What do you think the correct answer to her question is? Let us know using the comments section.