Greta Thunberg Was Asked About "Haters". Her Response Won Applause

Greta Thunberg's response won her a round of applause at Davos 2020. 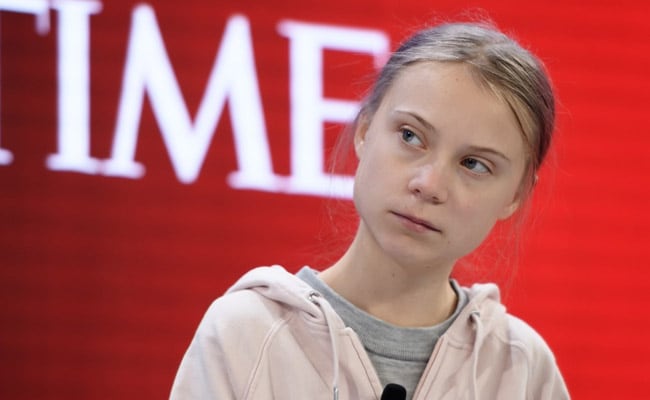 Greta Thunberg during a panel discussion at Davos 2020.

Greta Thunberg refused to answer a question about dealing with haters at the World Economic Forum's (WEF) annual meeting in Davos. Instead, the 17-year-old climate change activist, speaking during a panel discussion with other young climate activists, said that there are things people need to know more about.

"I would like to say something that I think people need to know more than how I deal with haters," said the Swedish teenager, who has faced relentless online trolling and bullying for her stance on climate change. She and other panelists were asked about haters by the panel host.

Greta Thunberg's measured response won her a round of applause from viewers during the panel discussion titled 'Forging A Sustainable Path Towards A Common Future'.

Watch the moment below by skipping to the 44.30-minute mark:

In her remarks after ignoring the question about her haters, Greta Thunberg referred to the IPCC report to talk about global temperature rise and emission levels. "Global emissions of CO2 have not been reduced and that is what we are trying to achieve," she said.

Her response won her many fans on social media:

Switzerland: Greta Thunberg swats aside question about "haters" at Davos...

Moderator: "What can we all learn from all of you about how you deal with the haters?"

Greta's turn: "I would like to say something that I think people need to know more than how I deal with haters..."

Greta whipped out the IPCC report when asked about haters https://t.co/6YCRsifrAT

The 50th meeting of the World Economic Forum in taking place in Switzerland. US President Donald Trump, who has repeatedly expressed scepticism about climate change, is set to give the first keynote address of Davos 2020 on Tuesday morning.

Last year, Mr Trump had retweeted a clip of Greta Thunberg's speech to a United Nations climate summit, in which she angrily denounced world leaders for failing to tackle climate change, writing: "She seems like a very happy young girl looking forward to a bright and wonderful future. So nice to see!"