Anupriya, from Tamil Nadu, had been collecting money to buy herself a new bicycle but decided to donate the money instead 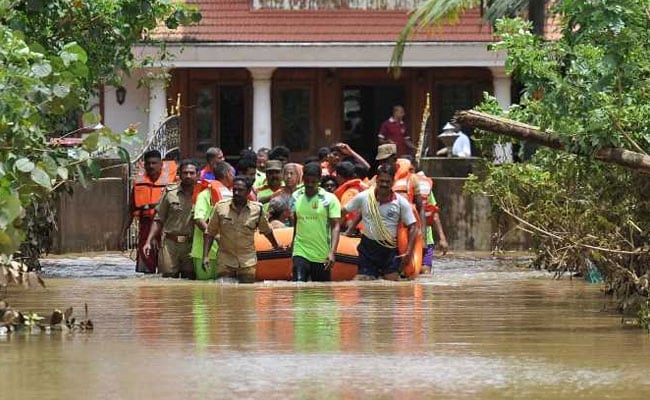 A little's girl donation towards flood-hit Kerala has warmed the hearts of many on social media. A tweet going viral details how Anupriya from Vizhuppuram, Tamil Nadu, donated Rs 9,000 to Kerala relief. The little girl had reportedly been collecting money in her piggy banks to buy herself a new bicycle but decided to donate the money instead. Her contribution has struck a chord with many who are appreciating her kind deed. She has even been promised a brand new cycle, and one every year, by Hero Cycles.

Twitter user Ethirajan Srinivasan shared a newspaper clip about the little girl on August 19. His tweet has since collected over 3,500 'likes' and more than 1,700 retweets.

Kid, Anupriya from Vizhuppuram, TN, donates Rs. 9,000, her 4 years Piggy Bank savings, that she saved to buy a bicycle, towards #KeralaFloodRelief. @narendramodi@HMOIndia@CMOTamilNadupic.twitter.com/rvmid4nihz

According to The Hindu, Anupriya had been saving her pocket money and collecting Rs 5 coins in five piggy banks. Her parents supported her decision by handing her a Demand Draft in favour of the Chief Minister's Relief Fund.

"I have been saving money for a cycle. But when I saw visuals of Kerala flood on TV, I decided to donate the money," the nine-year-old told PTI.

Anupriya's gesture has moved many and Hero Cycles is among them.

Dear Anupriya, We appreciate your gesture to support humanity in the hour of need. You would get a brand new cycle from us. Please DM your address or contact us at customer@herocycles.com. @PankajMMunjal

Anupriya, parnam to you. You are a noble soul and wish you spread the good around. Hero is too pleased to give you one bike every year of your life. Pl share your contact on my account. Love you and best wishes. Prayers for Kerala https://t.co/vTUlxlTnQR

"Kindly let me know the address, I will buy bicycle for her. Way to go girl. Rise and shine," says one Twitter user. "Wonderful example of humanity, compassion and empathy," says another. "Great child. Tomorrow's leader! Best wishes to her. Congratulations to her parents for grooming such a nice child," says a third.

Hundreds have died and thousands have been left homeless in Kerala, battered by the worst floods in a century. As rescue operations continue, help has been pouring in for people in the state. While floodwater has started receding in some parts of Kerala, the bigger concern is lack of clean drinking water and diseases. Union minister KJ Alphons has also said the state desperately needs technical assistance to rebuild and recreate. "We need people with technical skills to put life back on track," Mr Alphons said.