Gillette said brands can influence culture and "have a responsibility to use their voice to champion issues of great relevance." 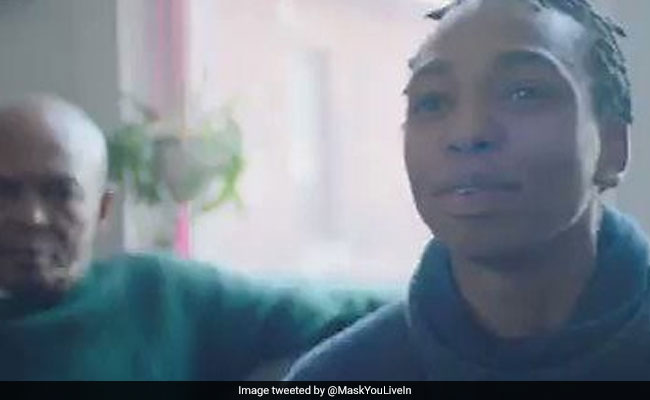 The commercial marks Gillette's latest foray into a cultural or political issue.

Gillette's new ad campaign captures a pivotal life moment - a father teaching his son to shave - and a cultural milestone.

The spot features transgender activist Samson Bonkeabantu Brown, who stands before a bathroom mirror, razor in hand, as his father guides him through the process. "Don't be scared," the older man says. "Shaving is about being confident."

The clip keys in on a crucial step in Brown's transition - "I'm glad I'm at the point where I'm able to shave," he says - and has gone viral since it was posted Thursday on Facebook. It's had more than 1 million views and collected nearly 6,000 "loves" and 3,000 likes.

On his Facebook page, Brown said: "I'm keenly aware of how blessed I am to be able to exist in this world being supported by my family in ways that all too often many of my trans brothers, sisters, and siblings who exist outside the binary are not always as fortunate." He said he is confident the ad will encourage other trans people and will "fill them with the knowledge that our existence in this world can be filled with the love and support we deserve."

Gillette said brands can influence culture and "have a responsibility to use their voice to champion issues of great relevance."

"As a company that holds respect and inclusivity as an important value, we have a responsibility to make sure we are embracing and promoting inclusive portrayals of gender," the company said in statement released Tuesday.

The video landed amid a broad effort by the Trump administration to define gender restrictively, which has weakened protections for transgender people. A day after Gillette posted the spot on social media, the Department of Health and Human Services proposed a rule that civil rights groups warned may be used to deny care to transgender patients. The need for specialized health care and LGBT-friendly providers can also limit the options of the transgender community, and it has forced people to travel many hours to reach the proper facilities.

The commercial marks Gillette's latest foray into a cultural or political issue. In January, the company released "We Believe," which sought to challenge the image of masculinity. The ad featured a series of vignettes in which men harass and leer at women, and boys bully one another while scenes from pop culture appear to approve of and reinforce the bad behavior. "But something finally changed," the narrator says, as #MeToo headlines take over the screen. "And there will be no going back. Because we - we believe in the best in men."

But in a 2017 ad that highlights the risks of venturing into cultural debates, Pepsi ran a commercial starring Kendall Jenner that was hammered for capitalizing on popular protest movements; it was pulled from the air and prompted an apology from the company.