According to some people, the identity of the ruler of Westeros was actually revealed in a promotional poster for 'Game Of Thrones' season one 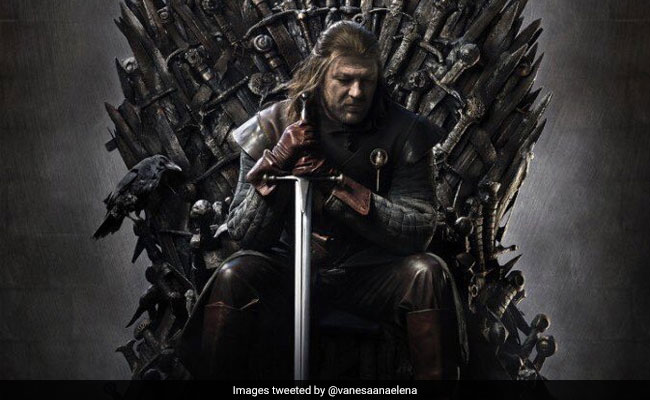 Some believe that a 'Game Of Thrones' poster for season one hinted at the ending.

Warning: Game Of Thrones spoilers ahead. The Game Of Thrones season finale (the whole of the last season, in fact) has received a lot of flak online for not tying up some loose ends properly. The ending of the epic fantasy series saw Bran Stark aka the Three-Eyed Raven ascend to the Iron Throne - metaphorically, since the real one was destroyed by Drogon. It was a possibility that not many saw coming as they placed their bets on Daenerys or Jon Snow. But was the end actually as 'out of the blue' and unexpected as many have accused it of being? If some on Twitter are to be believed, it was foreshadowed even before the first season premiered.

According to some people, the identity of the ruler of Westeros was actually revealed in a promotional poster that previewed the very first season of HBO's Game Of Thrones.

The poster shows Ned Stark on the Iron Throne. To his right, also perched on the throne, is a raven. Some on Twitter instantly connected the bird to Bran as the Three-Eyed Raven.

Anyone else just notice the raven on Ned's right from the season one poster??? Raven + Ned Stark on the Iron Throne = Bran Stark. It was in front of us THE WHOLE TIME. #GameOfThronespic.twitter.com/zlkK18jlfP

UUUUUH ... THE THREE EYED RAVEN....IN THE SEASON 1 PROMO POSTER... HAVE THEY KNOWN WHO GETS THE IRON THRONE SINCE THE BEGINNING?? IM GOING TO BED. GOOD NIGHT. pic.twitter.com/hZavaDaYmb

Season 1 GoT poster. Setting us up for that unsatisfying ending right from the get go. Sigh pic.twitter.com/Kvui5pDEQ7

Not everyone bought this theory, however. Some called it a bit of a stretch.

Idk, that looks more like a two-eyed raven to me

Game Of Thrones fans not satisfied with the ending provided by HBO showrunners David Benioff and D B Weiss may have some good news to look forward to. The author of the books that inspired the TV show, George R R Martin, has hinted the ending could be very different from the one seen worldwide when he publishes the last two books in the series.

What do you make of this season 1 foreshadowing? Let us know using the comments section.